Flying Saucers - a modern myth of things seen in the sky 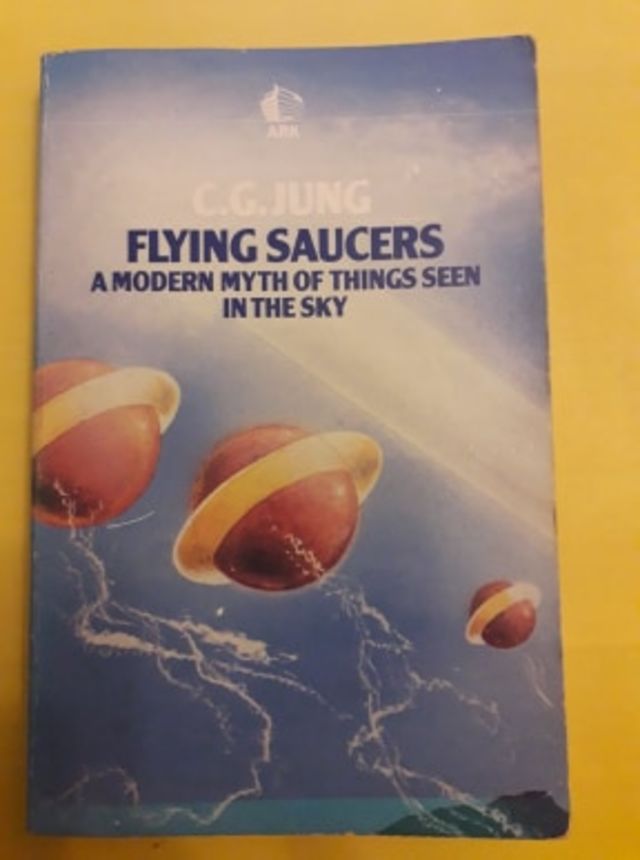 "In the threatening situation of the world today, when people are beginning to see that everything is at stake, the projection-creating fantasy soars beyond the realm of earthly organizations and powers into the heavens, into interstellar space, where the rulers of human fate, the gods, once had their abode in the planets.... Even people who would never have thought that a religious problem could be a serious matter that concerned them personally are beginning to ask themselves fundamental questions. Under these circumstances it would not be at all surprising if those sections of the community who ask themselves nothing were visited by `visions,' by a widespread myth seriously believed in by some and rejected as absurd by others." Jung

Jung's primary concern in Flying Saucers is not with the reality or unreality of UFOs but with their psychic aspect. Rather than speculate about their possible nature and extraterrestrial origin as alleged spacecraft, he asks what it may signify that these phenomena, whether real or imagined, are seen in such numbers just at a time when humankind is menaced as never before in history. The UFOs represent, in Jung's phrase, "a modern myth."