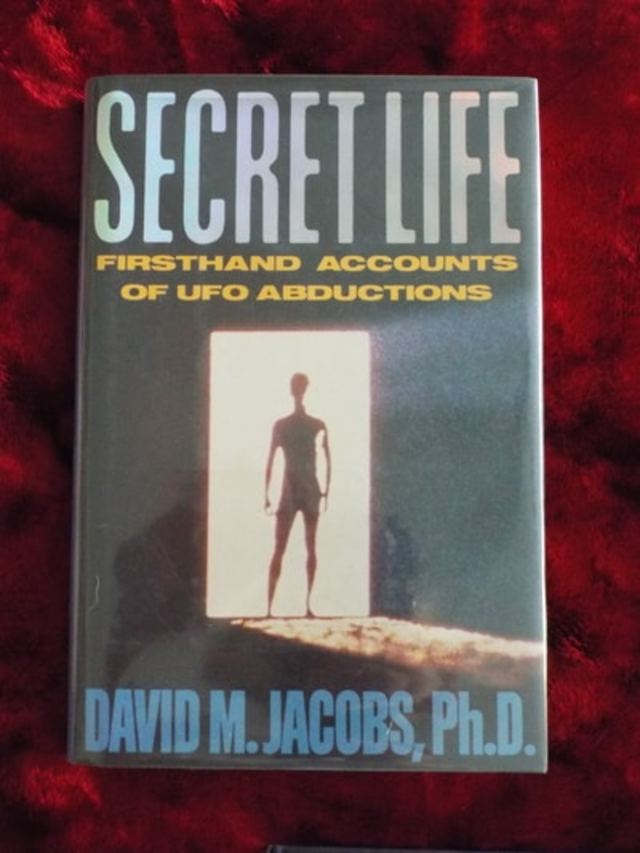 Controversy has raged over the issue of UFO abductions ever since Betty & Barney Hill reported being abducted from their car and physically examined by aliens. But the investigation has been documented until now by incomplete and amateur research, and the controversy has so far been steeped in ridicule, Secret Life will change all that. The first book to deal with the issue of alien abductions in a manner that is both utterly riveting and scientifically sound, it will set a new standard and profoundly influence the future of abduction research.

In Secret Life, Professor David M Jacobs of Temple University takes us into the private world of the abductees and uncovers the full drama of what it is like to be abducted. Whereas most other books on alien abductions rely on single cases and are filled with misinformation and confabulation, Professor Jacobs work is grounded in his interviews and sessions with 60 individuals under hypnosis who claim to have been abducted by alien., and it includes material from over 300 accounts. He presents the most complete and accurate portrait of this profoundly important subject, and challenges us to consider the occurrence of abductions with the same attention and objectivity we give to any legitimate scientific endeavour.

Secret Life addresses the abduction phenomenon by not asking where the aliens come from, but rather who they are - and why they are here. Recounting the stories of what happened in the compelling words of the abductees themselves, Professor Jacobs systematically details minute by minute events in a typical abduction - from the very second it begins until the final seconds when the victim is returned. He paints a fascinating portrait of these alien Beings and their technology, revealing a pattern of mind-control techniques, strange and often humiliating physical examinations, and an obsession with human sexuality that points to the hidden purpose of these abductions.

These stories are all the more amazing because every one of them is a true life account personally researched by the author. Secret Life is completely documented and every abduction narrative has been corroborated by independent testimony from other abductees.

Suspending disbelief on the issue of whether aliens actually exist, Professor Jacobs contends that if they do not exist, then we must deal with a totally new and unexplained phenomenon that cannot be rationalized by traditional psychological explanations or clinical categories. The fact is that the abductees do not display any pathology or serious neuroses that would lead to such delusions. Until we have a solution that fully explains the abduction experience, we have the startling and often shocking accounts of the abductees to contend with.

This is not a speculative book about possibilities of contact with alien Beings, it is a book about contact that has already occurred, and the potential implications are staggering.