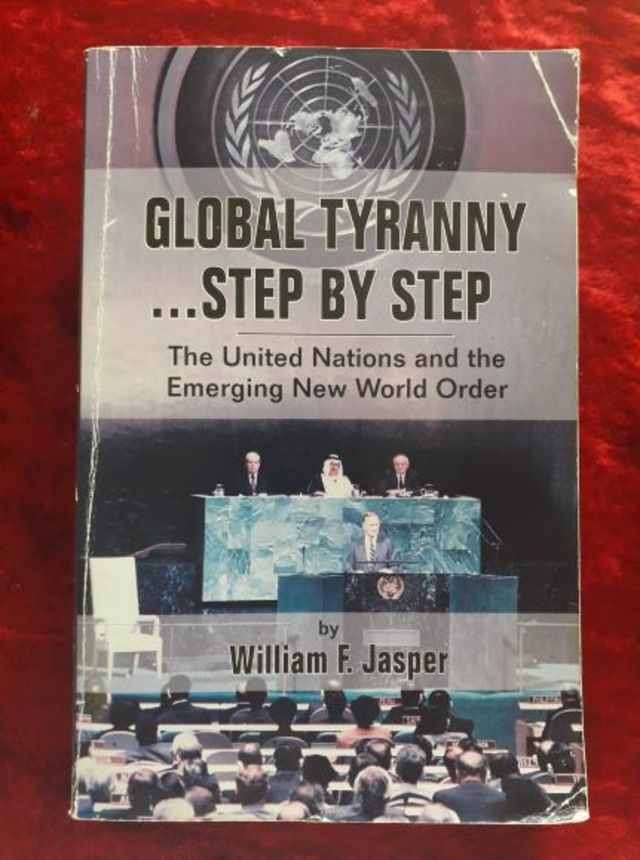 “With the UN we are contending against not only the natural tendency toward the accumulation of power in government, but also a long-standing, organized conspiracy of powerful forces to build, piece by piece, step by step, an omnipotent global government”

Mr Jasper’s carefully documented book demolishes the illusion that the world is safer following the apparent demise of communism. A new world order under the United Nations would mean;

-Loss of parental rights to raise your children according to your personal beliefs.

-Communist style dictatorship and ruthless terror, torture, and extermination to cow all peoples into submission