The Pope's Armada - the sensation exposure of brainwashing, intimidation & fanatical personality cults within the Catholic Church 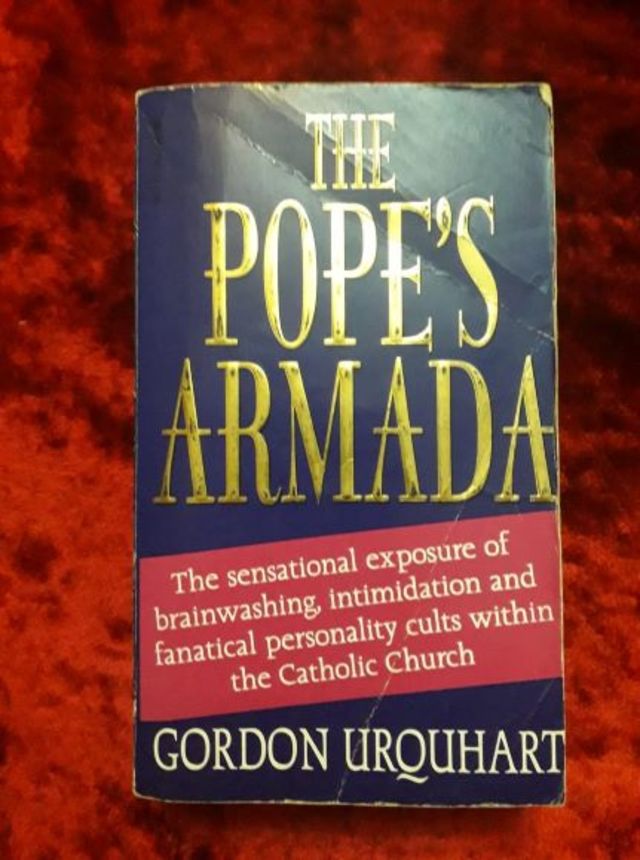 This circle of power within the church, according to former member Gordon Urquhart, is hard at work creating the pope's "armada."In a narrative that will shock, horrify, and enlighten all who follow the Catholic church, The Pope's Armada exposes the bizarre agendas of the "Focolare," "Communion and Liberation," and "Neocatechumenate" movements, which have a total world membership of 30 million.

With the strong support of Pope John Paul II, these self-contained personality cults are task-forces for a crusade of extreme right-wing values.A former top-level Focolare leader, Urquhart draws on interviews with current and ex-members, top-secret documentation, and his own experiences and research to reveal the mafia-style underworld of these organizations.

The Pope's Armada depicts a potent, sinister force at work which may just be John Paul II's most enduring legacy