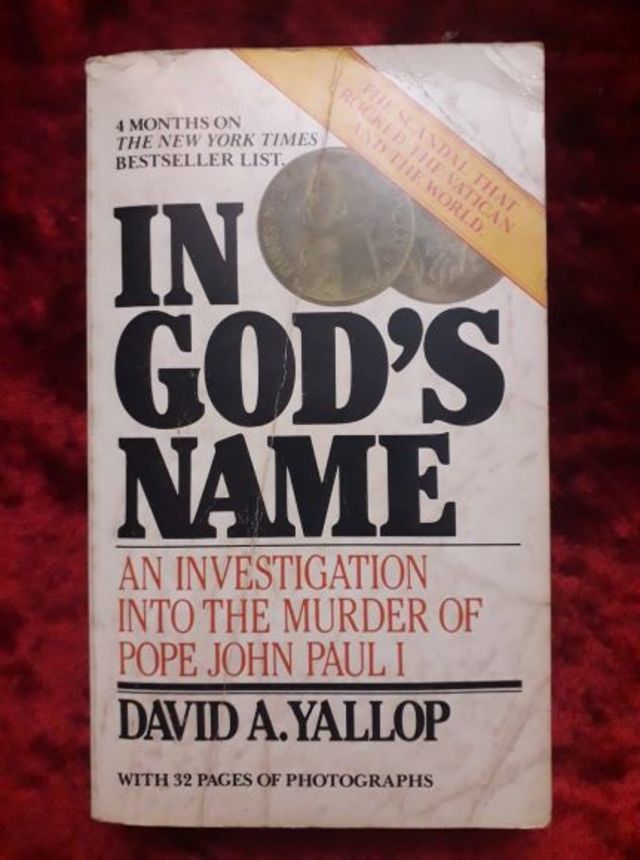 On September 28, 1978, thirty three days after his election, Pope John Paul I, “the Smiling Pope”, was declared dead. No official death certificate has ever been issued. No autopsy ever performed. His body was hastily embalmed. Cause of death unknown. And Vatican business continues.

This extraordinary book, product of more than three years intensive investigation, unfolds a story so powerful in its revelations, so shocking in its inescapable conclusions, that it has made a stunned world take note. The facts are here in meticulous detail, documenting widespread corruption within the Vatican and presenting a compelling case that six powerful men, to protect their vast financial and political operations, decided on a shocking course of action – Pope John Paul I must die.