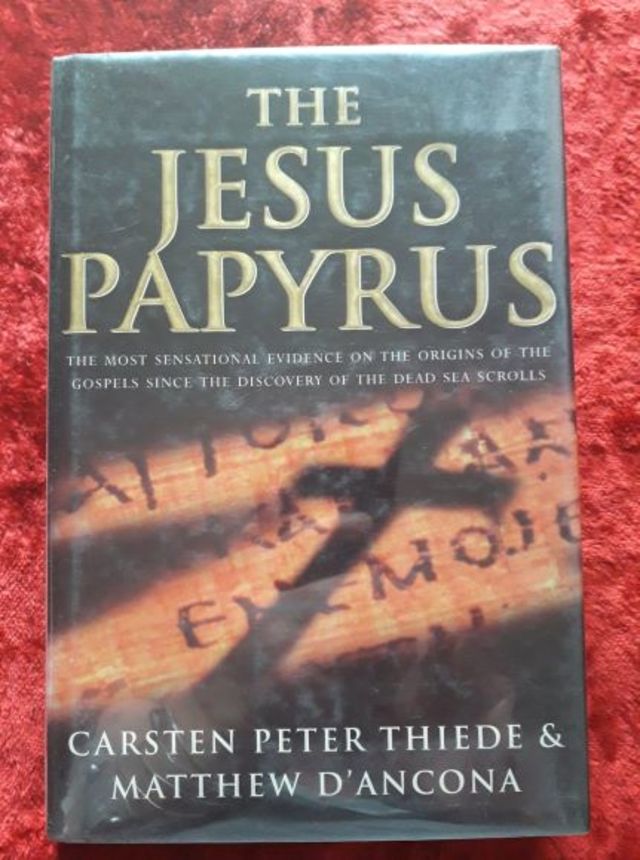 In 1901, the Reverend Charles B. Huleatt acquired three pieces of a New Testament manuscript on the murky antiquities market of Luxor, Egypt. He donated these papyrus fragments to his alma mater, Magdalen College in Oxford, England, where they sat in a display case and drew very little attention. Nearly a century later, the fragments–part of the Gospel of Matthew and thought to date from a.d. 180-200–were re-evaluated by scholar Carsten Peter Thiede. His research showed the bits of papyrus to be significantly older, written about a.d. 60.

But what is all the fuss about? How can three ancient papyrus fragments be so significant? How did Thiede arrive at this radical early dating? And what does it mean to the average Christian? Now readers have authoritative answers to these pivotal questions, in a book written by Thiede himself and by Times of London journalist Matthew d’Ancona, who originally broke the story to the public. Indeed, the Magdalen Papyrus corroborates three traditions: Saint Matthew actually wrote the Gospel bearing his name; he wrote it within a generation of Jesus’ death; and the Gospel stories about Jesus are true. Some will vehemently deny Thiede’s claims, others will embrace them, but nobody can ignore THE JESUS PAPYRUS.