Visons of Glory - a history & memory of Jehovah's Witnesses 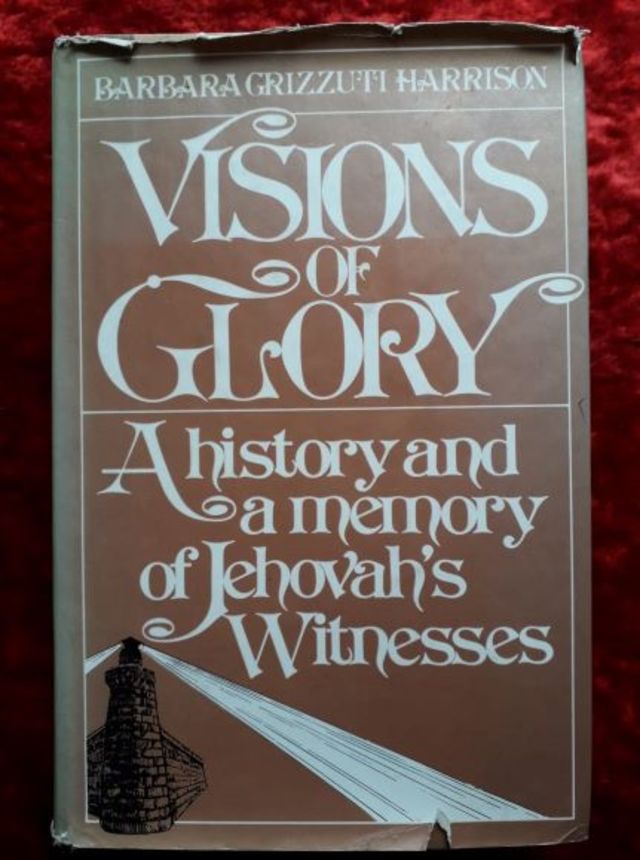 Most people know little about the Witnesses apart from their notorious refusal to take blood transfusions, salute the flag, or serve in the armed forces, and their aggressive proselytizing. Since the 1930s, the Witnesses have been proclaiming that “Millions Now Living Will Never Die” - that only they, the chosen, will survive the destruction of the wicked at Armageddon.

This fascinating book takes a close look at this apocalyptic, prophetic religion from both the outside and inside. It is an account of the psychology of a harsh, authoritarian religion that has particular appeal to the oppressed; its followers motives, their anguish, their glorious surges of happiness – and the comment their existence makes on the larger society and on human nature itself.

Interwoven with the study of the sect’s ideology, organisation (including its substantial property holdings), history and challenges in the courts is a personal and passionate narrative of the author’s own involvement.

Visions of Glory is an extraordinary account of the rites of passage from girlhood to womanhood, from disillusion to spiritual renewal – an intense, often hilarious, frequently moving autobiography by a gifted writer.