The Lion of the Lord - a biography of the Mormon Leader, Brigham Young

>Home >Buy Books >Auto-biography/Biography >The Lion of the Lord - a biography of the Mormon Leader, Brigham Young 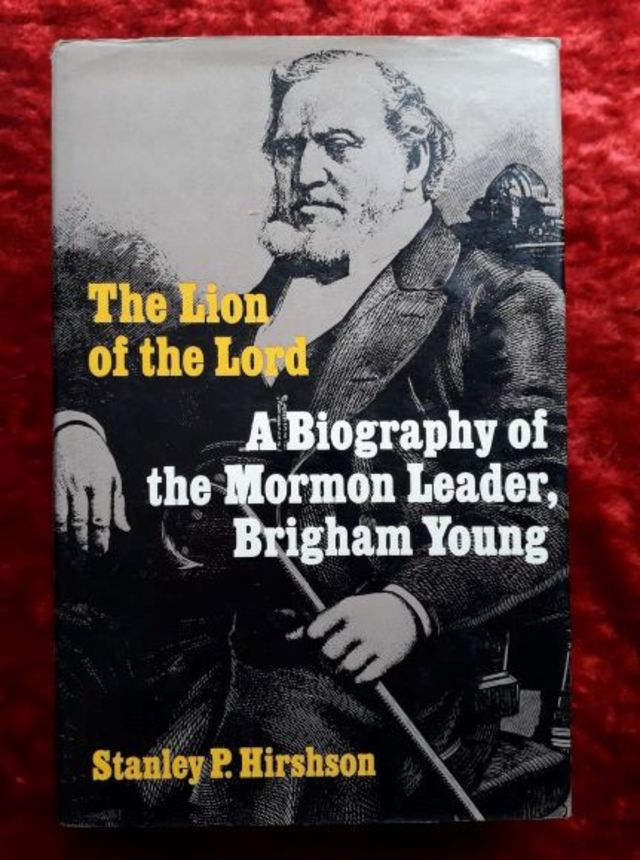 The history of America is illuminated by many brilliant names, but none has been more provocative of dispute that that of Mormon leader, Brigham Young. Brave and unscrupulous, brilliant organiser, charismatic visionary, husband to seventy wives and father of fifty six children, he is venerated today by more than two million Mormons, and is now, for the first time, the subject of a major new biography.

The book brings to life this strange man, whose mixture of benevolence and dictatorial fanaticism enabled his Church, alone of the early nineteenth-century evangelical sects, to flourish and become a major force in contemporary America.

It recreates the phenomenal Mormon adventure – the backwoods beginnings in Upper New York, the bloody battles with the ‘gentiles’ in Illinois and Missouri, the growth of ‘celestial’ plural marriage, and the schism among the brethren after the death of the prophet Joseph Smith. It tells of the consolidation of Ypung’s leadership, and his thousand-mile trek with sixteen thousand followers from the Missouri River to the Great Salt lake in 1847, where in the deserts and mountains of Utah he created an autonomous nation, planting 350 towns and guiding his people to their eventual primacy in the West. Within twenty years of Young’s death in 1877, the Mormons abolished polygamy and made their peace with the government in Washington, and Utah was finally admitted to the Union.

Here portrayed are the incredible beginnings from which the community of saints drew to play its strong and vital part in modern society in America and other countries.

Drawing largely from contemporary sources, Dr Hirshson projects its genesis in the outcast sect of fiercely dedicated men who, in pursuit of their own vision, flouted authority and the law, and responded with violence to the violence, fear and hatred of the ‘gentiles’ surrounding them. Their story is one of boundless fascination. At its centre is Brigham Young, ‘The Lion of the Lord’. The epilogue describes Brigham Young’s British mission and the [resent day status of Mormonism.