Armentieres and the Somme 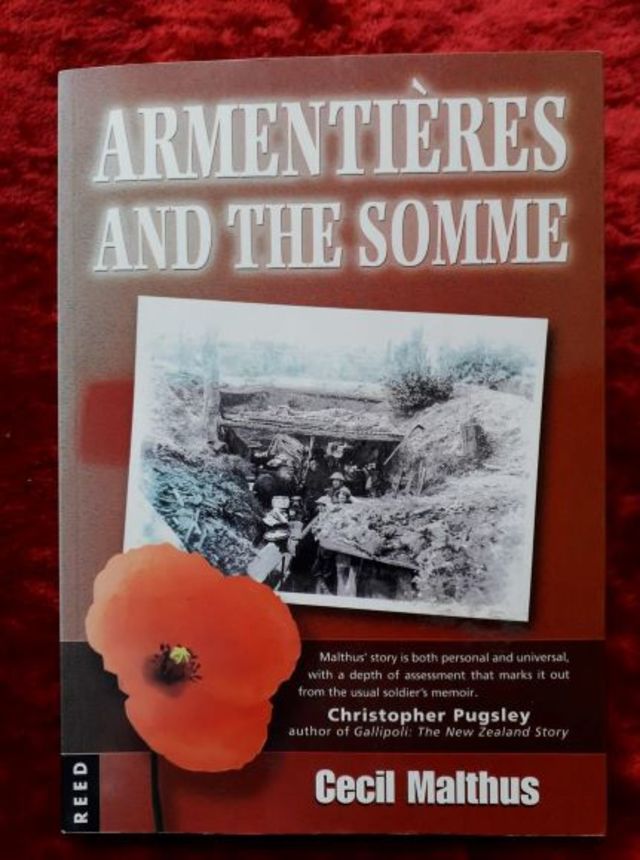 By Cecil B Malthus

Armentieres and the Somme is the previously unpublished companion volume to Anzac: A Retrospect. In it, Malthus relates the experiences in France of the New Zealand Division, from their departure on 5th April 1916 from Moaskar Camp on the Suez Canal until September when he was injured by a bomb, having survived the Allied offensive on the Somme in July. The New Zealand Division at that time comprised troops who had served at Gallipoli, bolstered by reinforcements from New Zealand.

Written in the same informal but intelligent style as Anzac: A Retrospect, and drawing on his recollections, letters and diaries, Malthus’ real achievement in writing this book is his unsentimental yet humane description of the New Zealanders part in the war. He states that he is not a supporter of war, but is unwavering in his belief of the necessity of this war, and the part the New Zealand troops played in it. Anzac: A Retrospect was published in 1965 to great acclaim. Armentieres and the Somme has not been published before and is now issued posthumously.