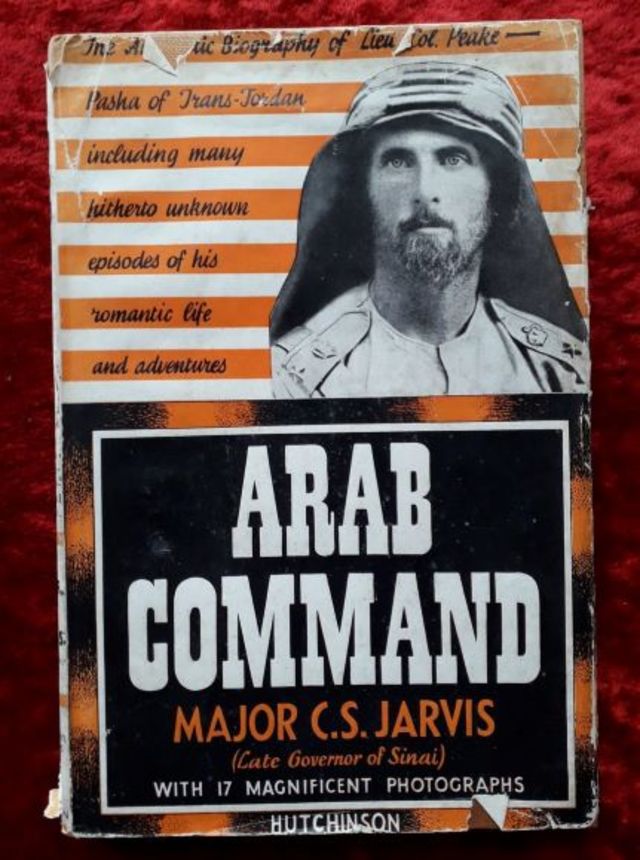 USED - Hardcover with tatty dustwrapper – as is.

This book describes the life of Lieutenant-Colonel Peake, who fought through the Arab Revolt in the desert under Lawrence of Arabia in Trans-Jordan and, afterwards, to maintain peace and security in the new state, raised and commanded the Arab Legion.

For twenty years as adviser and close friend of the Emir Abdulla, the leading and most outstanding Arab ruler to-day (at the time), he served in the country he had helped to make.

This volume will be of special interest as it will be the first account of Lawrence’s campaign written by one of the officers who actually served under that outstanding personality, and it will have the added attraction of being recorded by Peake’s old friend and next-door neighbour in the desert – Major Jarvis, late Governor of Sinai, whose books on the Arab and desert life are well known to so many readers.