The Interrupted Journey - two lost hours aboard a flying saucer 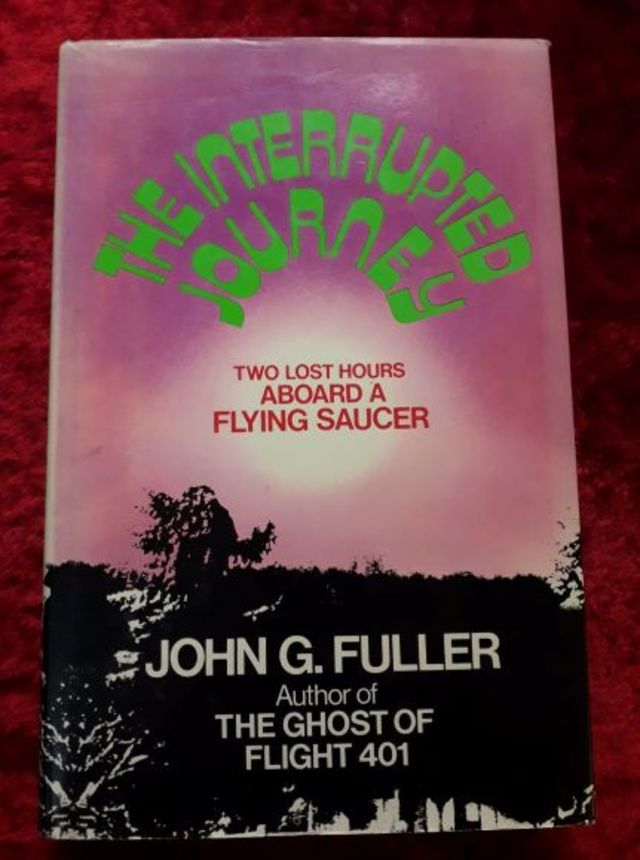 The book recounts the classic and most carefully documented of the many close encounters that have been reported across the world. Driving home from Canada in September 1961, Betty and Barney Hill of Portsmouth, NH, sighted a flying saucer which left them shaken. When they arrived home, Barney found inexplicable scuff marks on his shoes; Betty noticed rows of mysterious circles on their car. They also realised they could not account for almost two hours of their time on the road. After months of psychic distress dating from that night, the Hills sought medical assistance from Dr. Benjamin Simon, a distinguished Boston psychiatrist and neurologist. Under psychotherapy, including time-regression hypnosis, the Hills gave almost identical accounts of what had happened during the lost two hours of their journey. They told of an encounter with intelligent humanoid beings who took them on board an alien spacecraft, questioned them and submitted to physical examination. After 7 months of treatment, the doctor decided that neither of his patients was psychotic, and that both consciously and under hypnosis they told what they believed to be the absolute truth. Here is the complete account of the Hills' story. It includes the actual transcription of the tapes made under hypnosis, as well as the sketches they drew, both in and out of trance, of the spacecraft and the humanoid creatures. Although there have been other accounts of close encounters since their experience, none has been so closely monitored, and none by a scientist of the standing of Dr. Simon. Yet all of them strikingly coincide with the Hills story. Neither Betty nor Barney Hill would state that the experience could not be challenged; on the other hand, the doctor offered no incontrovertible assessment to discredit their testimony. The book is unquestionably one of the most fascinating stories that the author has ever investigated