Breakthrough - the next step 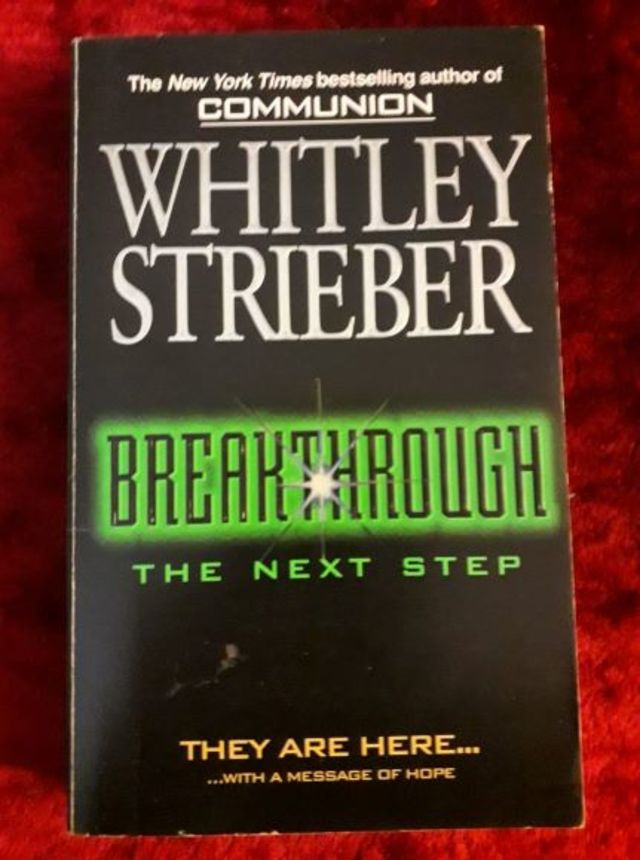 After telling the world of his remarkable contacts with apparent aliens in his mega-bestsellers Communion and Transformation, Whitley Strieber suddenly and mysteriously retired from public life in 1989. At the time he said only that he would not return until he had something fundamentally new to say about the beings he had come to call "the visitors."" "What had happened in 1989 was that he had gotten compelling proof that the visitors were real. His first impulse was to rush this information to press, but then he stopped, concerned that publication might be interpreted as some kind of signal to the visitors to initiate wider contact. He was worried what this might mean. Not all encounter experiences were good. People were afraid. Strieber himself was afraid." "What has happened to Whitley Strieber is completely without precedent. There has never been an unexplained experience so carefully documented or extensively witnessed by others. He has passed four lie detector tests. He has been examined for many diseases both physical and mental." "Not only is he entirely normal, the proof he advances in this book would convince a jury