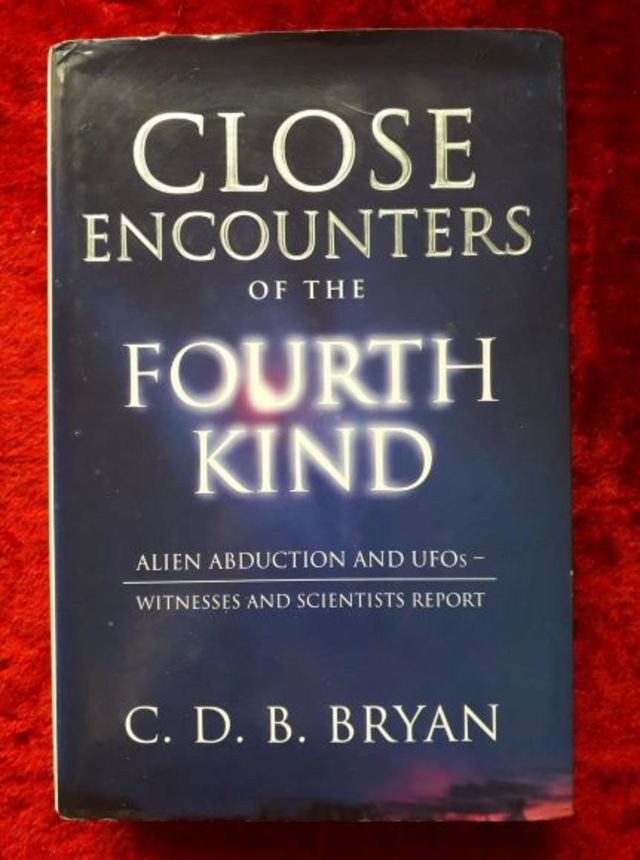 By C D B Bryan

A serious, richly explicit, riveting investigation into the bizarre world of UFOs and alien abduction.

At its centre is a five day UFO conference at the influential and prestigious Massachusetts Institute of technology, under the chairmanship of an unimpeachable physicist from MIT and an equally eminent psychiatrist from Harvard.

For five days a mixed and motley group of delegates endeavours to get to the heart of the matter. Do UFO’s exist? Is it possible to believe that aliens have landed on planet earth and abducted ordinary men and women to experiment on them?

C D B Bryan, a prize-winning author, comes to the conference with an open, if ever so slightly sceptical mind. He meets, interviews and listens top the testimony of ‘ufologists’, psychiatrists, researchers, hypnotherapists, physicists and folklorists.

Interwoven are the experiences of abductees, who came forward, often reluctantly, to tell their stories in chilling detail. And in a separate section, Bryan recreates in depth the close encounter experiences of two women whose stories he tells on the basis of their own conscious memories and what was summoned up during their hypnosis, which he himself witnessed.

‘Close encounters of the fourth kind’ is the most thorough book yet written on this subject. It will equally fascinate believers and non-believers.