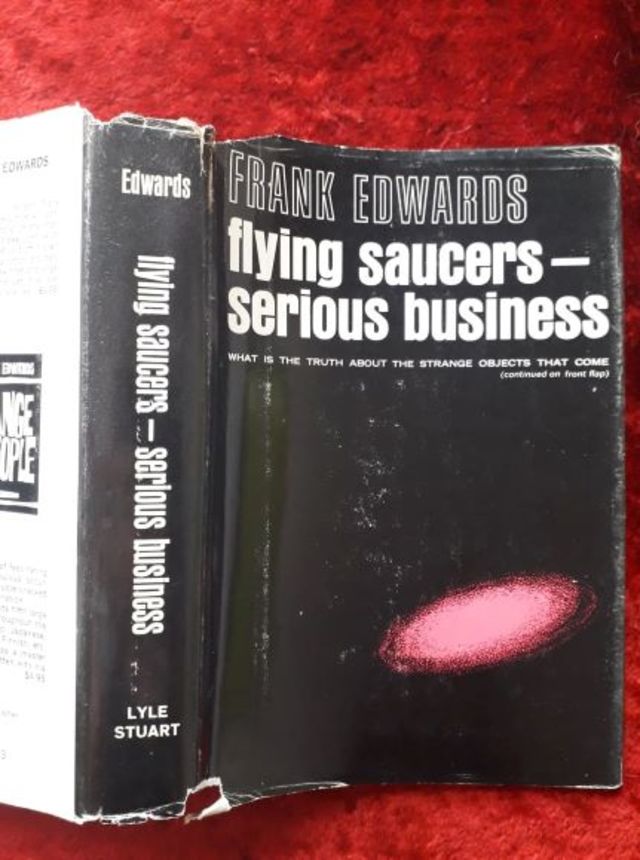 What is the truth about the strange objects that come down from the sky? What are these unidentified flying objects? Where do they come from? Are there intelligent creatures in them?

Veteran newsman Frank Edwards has made an intensive study of these mysterious objects for over twenty years. He developed ‘top secret’ sources for information in the government and armed forces. He has sifted through hoax and hysteria, myth and mystery, eyewitness report and official denial. As a top news commentator he had been a clearing house since 1947 for information on UFOs (Unidentified Flying Objects, popularly known as ‘flying saucers’)

Now at last he has made his report. In these pages is the most authoritative – the most revealing – the most astonishing story on UFO’s ever to appear in print.