Men At War - the best war stories of all time 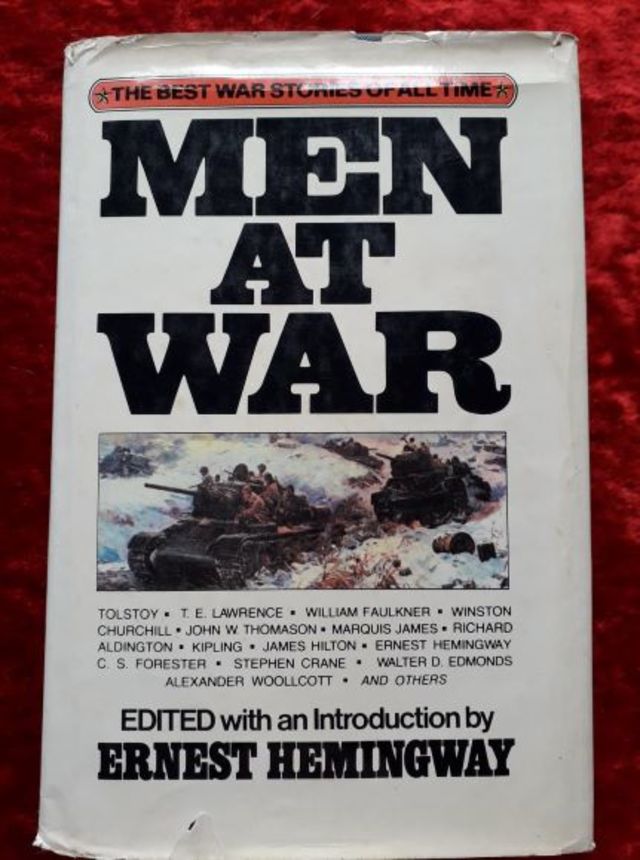 Edited with introduction by Ernest Hemingway

Ernest Hemingway's Men at War is an anthology of war stories chosen and introduced by Hemingway, based on an idea suggested by William Kozlenko. According to a prefatory note, Kozlenko not only submitted a preliminary plan for the book but suggested the inclusion of several of the stories it contains. By March of 1942 the USA was finally involved in World War II, and the anthology was seen as an inspirational book. As Hemingway wrote in his introduction, the book could not tell young men how to die, but it could tell them how previous generations had fought and died.

This book contains 82 carefully chosen great war stories of all time, selectd by Ernest hemingway to show what war is, how wars are won and how wars are lost, the great things and the little things, the courage and the pity of men and women at war.

Ernest Hemingway and many others

There are 1100 pages of moving, exciting and thrilling reading that will absorb the interest of everyone. Many of the stories are of our time; all are contemporary in spirit; David fighting Goliath, the Greeks at Thermopylae, the valiant Crusaders, the men who won the Red Badge of Courage, the shattered remnants of the Confederate Army, the Marines at Soissons – they are all as close to us as the men who fought at Dunkirk, at Pearl Harbour, at Midway and in Vietnam.

There is much great reading in this book and one of the finest things in it is Hemingway’s introduction. In his personal statement about war and writing and men, he tells how and why he made this collection of stories, accounts, and narratives as an attempt to give a true picture of men at war.

This book, so cherished by GI’s of World War II, went out of print after the war, although the demand for it never ceased. But there has been a great increase of interest in ‘Men at war’ and in response to this demand this edition is published, containing the Hemingway introduction complete (except for a few topical references) and all the material of the original edition.