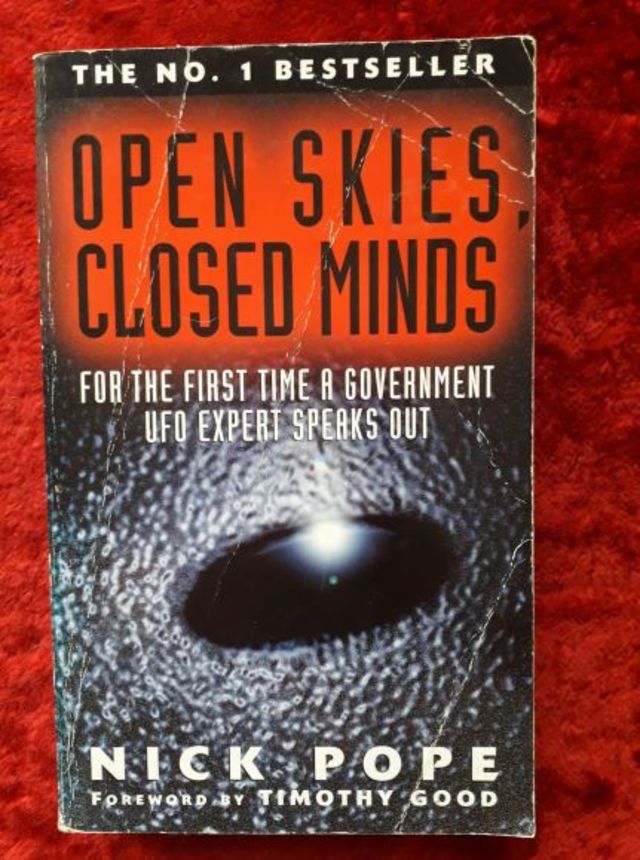 “Then I went back to the files. And the harder I looked, the more my amazement grew. Something very strange was going on. And clearly, I wasn't the first in the Ministry of Defense to think so".

Nick Pope, a high-ranking official in Britain's Ministry of Defense for eleven years, was assigned from 1991 to 1994 to Secretariat (Air Staff) Department 2A -- better known to insiders as "The UFO Desk". His job was to investigate and analyze claims of UFO sightings and to assess their threat to national security. In Open Skies, Closed Minds, Pope tells his story as the investigator of the government's "X-files" and how his experiences there changed his life. He discovered that truth is much stranger than fiction and that something bizarre is going on, something beyond human experience and something potentially hostile. He presents convincing arguments in support of the existence of UFOs by using cases that he has researched in an official capacity, and warns that extraterrestrial spacecraft are visiting Earth despite our skepticism. Open Skies, Closed Minds was the book that started it all, a bestseller in England that is finally available in the United States. It is sure to create controversy.