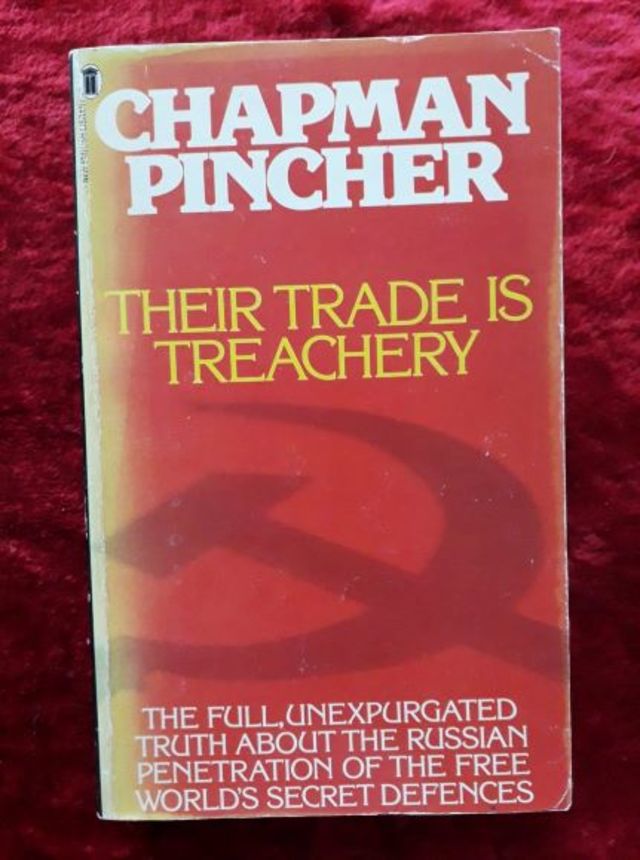 In this extraordinary volume, first published in 1981, British journalist Chapman Pincher dissected the whole of the Soviet penetration of the western world during the twentieth century, helped unmask the Cambridge Five, and outlined his suspicions that former MI5 chief Peter Hollis was a Soviet super-spy at the heart of a ring of double-agents, poisoning the Secret Intelligence Service from within.

In this new edition, Chapman Pincher has added much new fascinating material that has come to light as a result of his revelations. He now names several important figures who had perforce to remain unidentified in the first edition. He also describes the two enquiries ordered by the Prime Minister – the first into the British Security Services, and the second into how he obtained his information

Chapman Pincher began a career in journalism, joining the Daily Express as a science and defense correspondent at the end of the Second World War. He was regarded as one of the UK's finest investigative reporters of the twentieth century. He died in 2014.