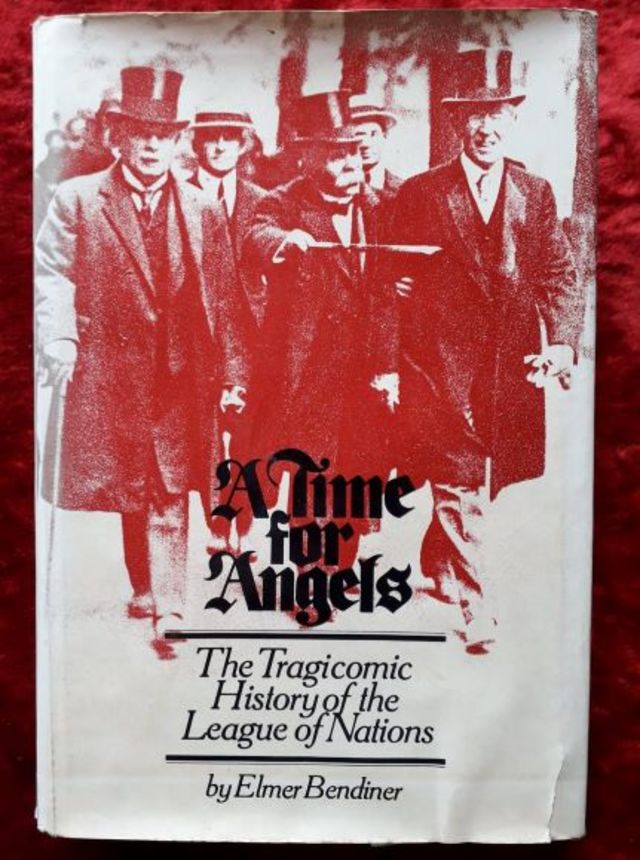 A messianic pipe dream, a comedy of diplomatic pomposities and prat falls, a giant tragedy of lost hopes; a magnificent experiment that failed, and left its future to haunt us – all this was the League of Nations. Born in idealism, it survived in the power-dealing and corruption of the twenties and thirties, and finally expired in the thunder of the new global war it was unable to avert.

Elmer Bediner has made brilliant use of a mass of documentary material – letters, diaries, archives – much of it unpublished. But it is the special quality of his book that he engages an absolute command of the historical background with a subtle perception of the interplay between social forces and individual personalities. The result is an important and wonderfully readable account of serious men trying, in enthusiasm and despair, to bring some order into a world rapidly going mad. Sobering, utterly fascinating, it is a tale for their times, and for our own.