Lost race of the Giants- the mystery of their culture, influence and decline throughout the world By Patrick Chouinard

>Home >Reviews >Lost race of the Giants- the mystery of their culture, influence and decline throughout the world By Patrick Chouinard 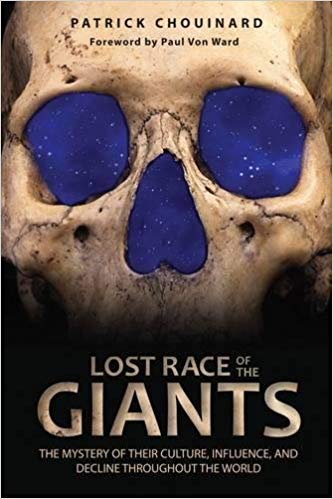 There are plenty of anecdotal stories within New Zealand that reveal the presence up and down the two islands of the skeletal remains of people who were of a height of at least eight feet or more. There is a story from the turn of the 20th century that tells of thousands of ‘giant’ bones that were removed from caves out near the Port Waikato area that were transported up to Onehunga to a fertiliser factory where they were ground up and subsequently sold as fertiliser.

There are still ‘giant’ skeletal remains out in the limestone area to this day, according to recent testimony. Now, enter this book by Patrick Chouinard. Mr Chouinard presents here a compelling and comprehensive study not only of the myths and legends from all over the world that tell of giants, but also a plethora of historic newspaper reports of giant skeletal discoveries as well as accounts of [XBR] the active suppression of any and all archaeological remains of giant skeletons by academic institutions and museums all over the world. Mr Chouinard points out the quiet scandals of our scientific theories regarding the absence of evidence in the fossil record for the evolution of the homo genus and modern man.

He also offers a compelling argument that we must cease regarding the ancient records of our forebears as fi ctional stories made up to entertain ignorant people around an evening fire. The epics of Homer and Virgil, of Sumer and Greece are not the imaginative scribblings of some ancient Dr Seuss but very real accounts of very real events and people. This is an entertaining read for those interested in the Old Testament and ancient history, nice and challenging with plenty to think about and ruminate over.