Political Ponerology – a science on the nature of evil adjusted for political purposes. By Andrew M Lobaczewski

>Home >Reviews >Political Ponerology – a science on the nature of evil adjusted for political purposes. By Andrew M Lobaczewski 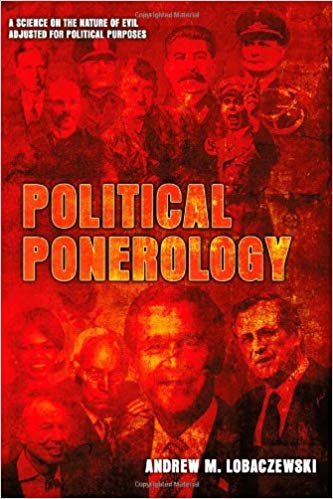 Not many people know of Andrew Lobaczewski. He is not yet as famous as Aleksander Solzhenitsyn but one day, perhaps, his book will be the field reference to identifying evil. Lobaczewski has brought to the west's intellectual dining table a veritable feast for the mind, albeit one that may end up giving one an insufferable case of ineffectualness as one realises there is not a lot that can be done now that the world's global, political, and social landscape is in the sway of an epidemic of pathocracy of the sort that adequately defines evil.

This book had a tumultuous and dangerous journey to publication; the original manuscript went into the furnace minutes before a secret police raid in Communist Poland. The second copy was meticulously reconstructed by scientists, working under impossible conditions of violence and repression, and was sent via courier to the Vatican. The arrival of the manuscript [XBR] was never acknowledged and so all of the precious data was lost. In 1984 the last survivor of the original scientific study group recompiled the manuscript from memory.

This is the first study of its kind regarding the nature of evil. It is scientific in its enquiry and entirety; not one religious argument or supernatural fancy is offered as an explanation of evil and its proliferation in today's society. A read of this book will help anyone understand the politics of fear that has become our daily diet as we are herded into accepting more and more restrictive policies from governments being led by psychopaths the world over under the guise 'for our own good'.