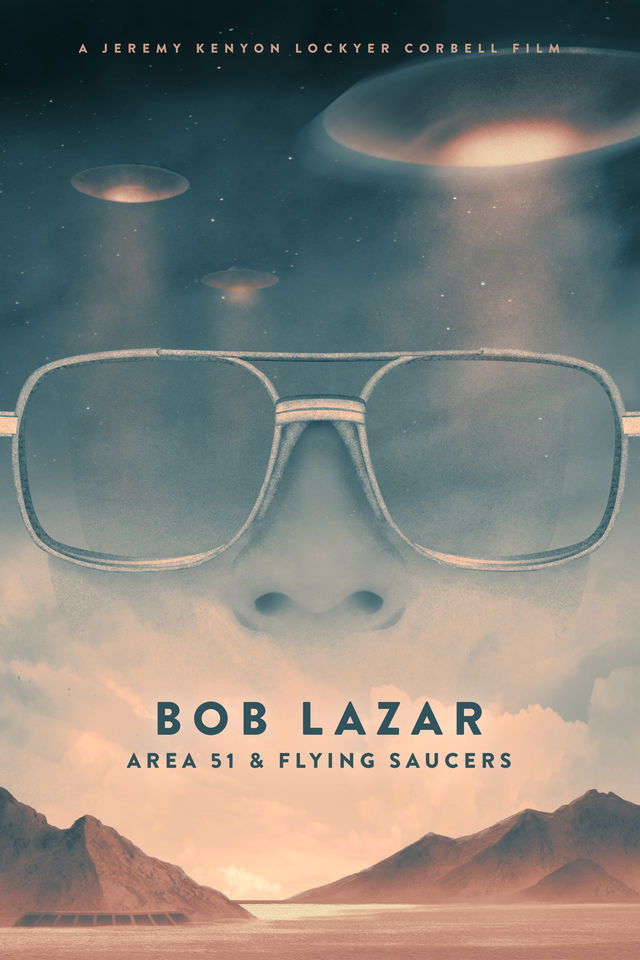 Finally got to sit down and watch this recent documentary release from the producer Jeremy Kenyon Lockyer about Bob Lazar.
Having been looking at the topic of ufology in my own pursuit for answers to the high strangeness that has appeared in my skies, I was aware of Bob fairly early on after his first emergence into the limelight back in the late 1980s claiming to have worked in a facility nobody had ever heard of - S4.

Bob was the topic of conversation for some years among the alternative/ufo community of Auckland as the evidence of Area 51 was gradually substantiated and the plethora of footage captured of the test flights occurring like clockwork out on the 'range' were subsequently supplied to the world for us seekers to turn inside out on the dining table of our minds and pick apart over coffee at 'Adventures Unlimited'. Bob however did not stick around for long on the scene, not for him the rock star status as poster boy for the ufology world, he disappeared as quickly as he had emerged, back into the woodwork of society in search of a life less fearsome than that which he saw in S4 by all accounts.

Then after decades of silence along comes Lockyer who apparently convinced Bob to talk and who provided much hype in the lead up to the official release of this documentary via his presentations, which are freely available on Youtube along with other efforts designed to cash in on the coming release and current interest in Bob again.

I for one was marking the days til release..then came the day I bought my copy via Vimeo. Armed with popcorn and accompanied by a fellow seeker whose own high strangeness events compete with my own in terms of 'how inexplicably strange can you get bro'...we settled into our armchairs prepared to be awed and hope against hope, enlightened further by Bob....sadly minutes into this documentary we were complaining of the terrible 'mood' music which was more of a low base beat that really did dig into the brain and obscure the voice-over..which brings us to the voice over person, Mr Mickey Rourke..why oh why Mr Lockyer did you choose Mr Unintelligible for your narrator, as many times my companion and I looked at each other and asked 'What did he just say?'

Frustration irked throughout as the narration which was more or less an ongoing poetic commentary about loss, discovery, loneliness, shifting sands was accompanied by flight over dunes, rocks and Las Vegas at night while Mr Unintelligible tried to sound, well, moody and thoughtful. I get the gist of the poetry but it just had the wrong production values. In fact, the whole doco from start to finish was irritating in terms of its lack of production, says she who never made a doco, but you grok my drift right?

Bob was heard from with a reiteration of his earlier story, which to his credit has never changed. But was there anything new? Yeah nah, not really. Bob as a result of listening to the beard and sticking his head above the parapet again got him raided by every agency on the federal books. And what were they looking for?? Probably Element 115. Bob would not confirm or deny the claim he had made way back then that he had made away with a piece of Element 115 from the lab. Until now, efforts to produce this element in controlled laboatory conditions has resulted in a mere few atoms worth that evaporated within milliseconds, by the Russians.

Was this doco worth the US $19.99? Not really, all hype and little substance to be honest...However, and there is ONE however here... it was bloody fantastic to see Bob again, what a hero, what a man, the guy who brought us Area 51..Legend.