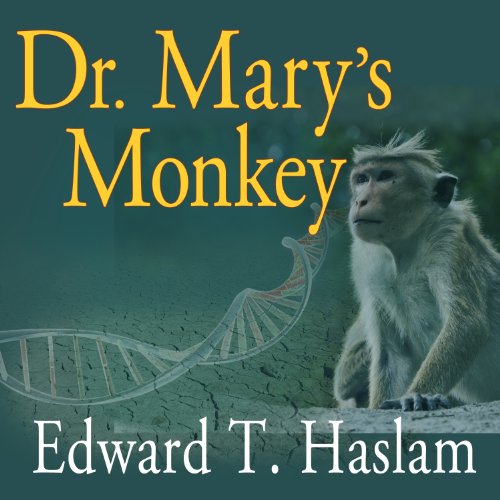 Edward Haslam, author of the astounding book on the topic of the epidemic of soft tissue cancers of the last 50 years and the 'off the books' development of a cancer causing monkey virus that was 'allegedly' inserted into the polio vaccines of the 1960s

'Dr Mary's Monkey' is a strange story and here Edward Haslam presents how he came to this story and the weird evidence that led to one of the most heinous crimes perpetrated against humanity, if it is true, and sadly, it is looking that way. The announcement from the health authorities in the late 20th century that AIDS was a mutation of a monkey virus had this author adopt a more vociferous investigative stance in bringing to light what is happening to 'us' and why a once upon a time infrequent fatal illness such as cancer has become an epidemic.

The resultant evidence Haslam has brought to light is stunning. The Life magazine July 1959, via the ongoing virus research of Sarah Stewart, who proved the existence of cancer causing viruses in the 1950s, that there might be the possibility for a cancer vaccine..and here we are, all these decades later giving a vaccine the young women against cancer...however this one is rendering them sick or infertile...but that is another story, one that wont be mentioned at 6pm.