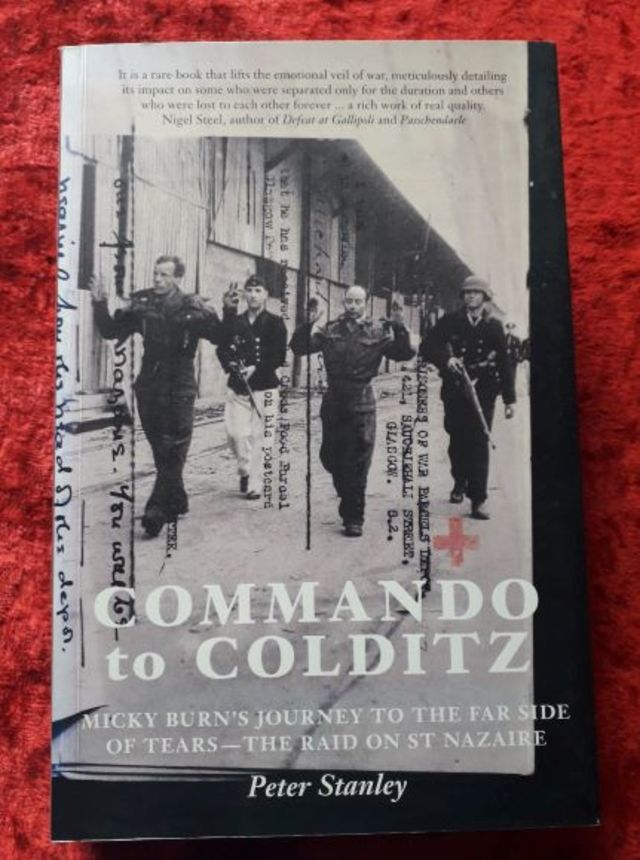 A compelling, riveting read, Commando to Colditz is an unusual perhaps unique war story. It is centred around a most unusual war hero: Michael 'Micky' Burn, soldier, poet and novelist, whose journey from fascist follower, to commander of Six Troop, to Commando, to prisoner (and communist lecturer) in the notorious prison of Colditz forms the focal point of this powerful narrative.

In 1942 Micky led his commando troop of 28 men on one of the most daring raids of the Second World War, the assault on the French port of St Nazaire. As a result of this 'night of fire and death', fourteen of Micky's men were killed; seven, including Burn, were captured. Micky's bond with his soldiers is at the story's heart. Before the raid, he had asked his parents to write to his men's families if the worst should happen; the result was the creation of a rich and moving archive of letters between these grieving or anxious families, letters that illuminate the lives and deaths of a small but close-knit group of British soldiers and those who loved them.