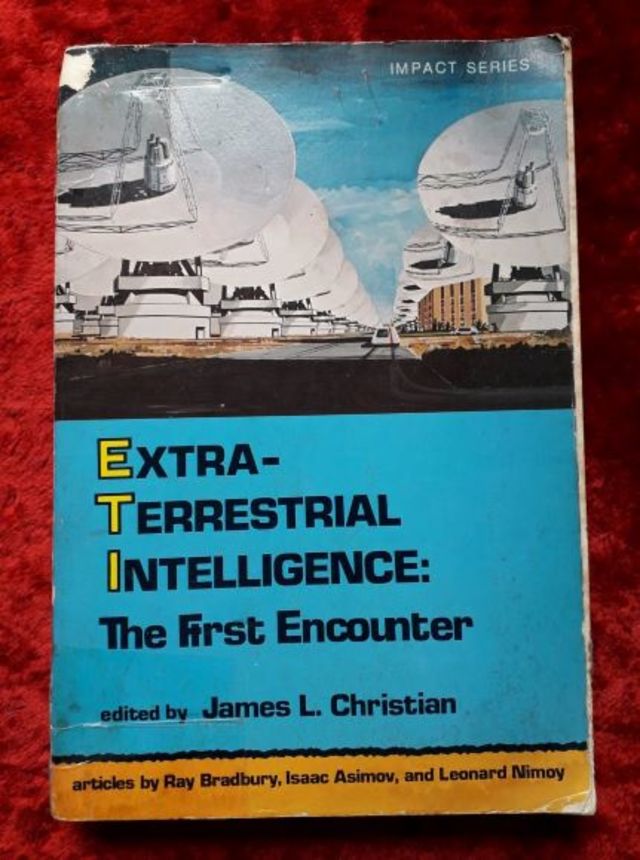 For centuries, from the earliest legends of the man on the moon, mankind has fantasized and speculated about other life in the universe. With the discovery of biochemical evolution - which showed how life could evolve out of simple compounds - those speculations took on a new dimension. Most scientists now believe that it is possible that there is other intelligent life in the universe.

What are the possibilities of our making contact with ETIs in the profound vastness of space (a problem, as Isaac Asimov notes, too easily dismissed by cultists)? What will be the consequences to our images of ourselves and our world of the first proven contact with beings from another planet, since they are likely to be of superior intelligence? Could we still believe in the value of life as we live it? How would it affect mankind's religions, both Western and Eastern? Would it in fact mean, as Arthur C. Clarke has said, an end to mankind's childhood?

These and other questions are explored in Extraterrestrial Intelligence - from the most practical issues, such as how the news of contact should be handled, to the most exciting and troubling questions of philosophy, religion, and science.

Extraterrestrial Intelligence begins the search for a cosmic context for mankind. It leads the way in reflecting on the next stage in our gradual self-discovery.