Harmonic 695 - the UFO and Anti-gravity 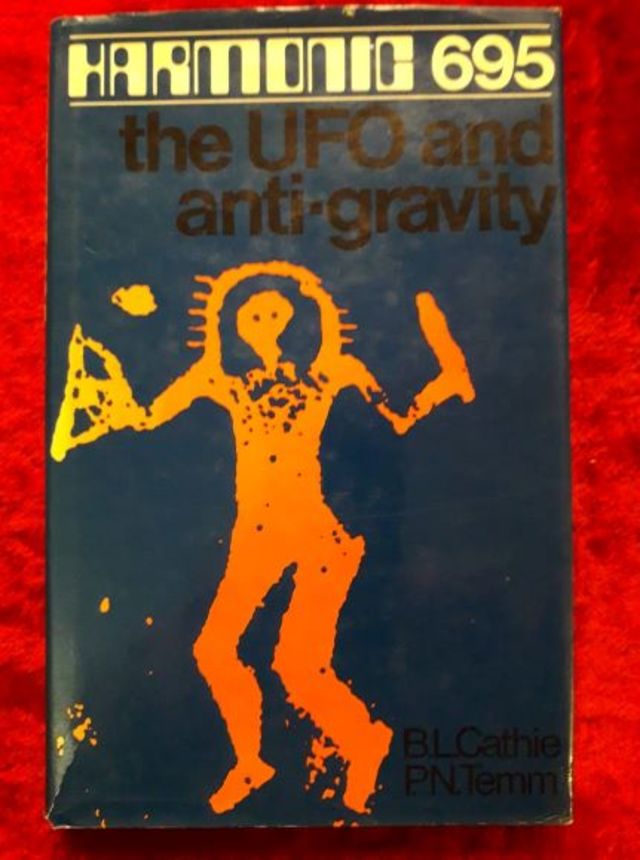 Captain Bruce L. Cathie is a Fokker Friendship captain flying for the National Airways Corporation of New Zealand. After he and a number of other flying enthusiasts spotted a UFO at Mangere, Auckland, Captain Cathie began to apply his professional knowledge of navigation theory to elucidate a magnetism-based "solution" to the UFO mystery.

His discovery of the magnetic grid around Earth was proven in his first book, Harmonic 33 (1968), which has become famous in UFO circles throughout the world. His research since its publication has led him to still more astonishing discoveries, which are detailed here in Harmonic 695: The UFO and Antigravity. Captain Cathie is married and lives with his family in Te Atatu, Auckland, NZ.

Peter Temm, M.A., has been a correspondent for newspapers like The Washington Star in the U.S., The Sunday Times in London, The Melbourne Herald in Australia, and The Auckland Star in New Zealand. He is now Consul of Information at the Australian Consulate-General in Osaka, Japan.

Temm's interest in UFOs was sparked when he began studying the "sky myths" of the Ainu people of Japan. Of his association with Bruce Cathie, Temm writes: "He is the only independent researcher I know of who has come up with a theory, supported by numerous facts, which answers most of the questions surrounding UFOs."