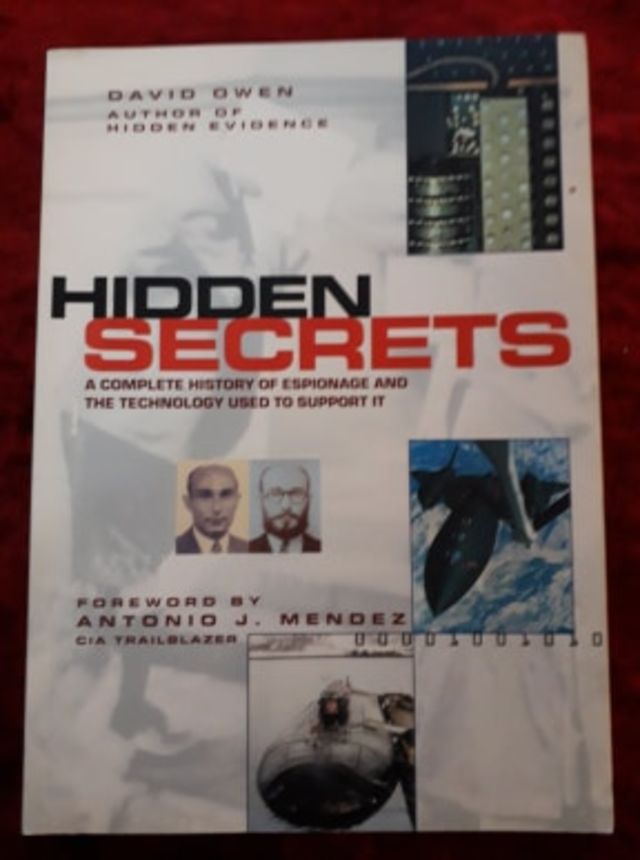 For fans of James Bond movies, Tom Clancy, John Le Carré and Robert Ludlum, Hidden Secrets is a compelling look at the real world of the spy. Often called the second oldest profession, espionage has played and continues to play a pivotal role in world events. Stealing plans, knowing an enemy's capabilities and deceiving an opponent are vital in both war and peacetime. Centuries ago, Sun Tzu (The Art of War) made extensive use of spies and believed the ideal way to defeat an opponent was to avoid battle altogether with deception and clever maneuvers to confuse, distract and ultimately triumph over the enemy. In 1780, George Washington's spies, the Culper Ring spy network, tracked enemy ships by communicating with invisible inks and signals like hanging a set number of handkerchiefs on a clothesline.

Spying and spy technology has evolved from sending signals through handkerchiefs and cracking the code of the Enigma machine to current intelligence techniques that rely on satellite imagery and monitoring of cellphone and internet communications. With case studies and hundreds of photographs, Hidden Secrets is an intriguing look at all these surveillance techniques, spy technology and the spies themselves