Honourable Men - My life in the CIA 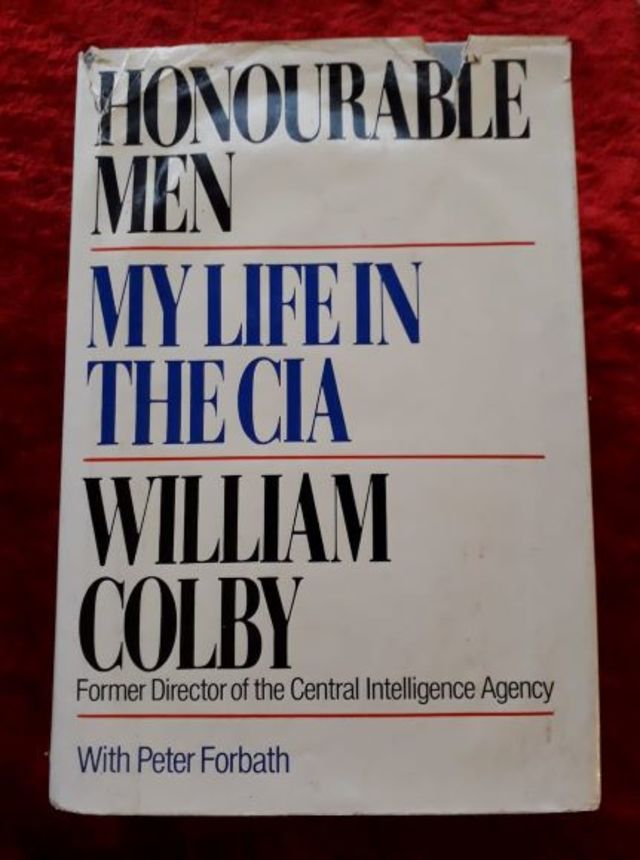 The first half of this candid and revealing memoir recounts the author's career as a practitioner of covert action in World War II and afterward in Sweden, Italy and Vietnam. The operator's limited viewpoint may seem to some to color his judgments, especially of South Vietnamese leaders. This is the dedicated professional at work, with few second thoughts, much quiet heroism, and little sense of ambiguity or irony (as the very title suggests), in an era when his trade was generally accepted.

The last half has vastly wider dimensions. As Colby moved to senior command in CIA, his first-class legal mind and training came increasingly into play at a time when they were most needed. His articulate and detailed account of the period after 1971 within the Agency, and of its stormy relations with Congress, the press and the public, does much to clarify a tangled story, and the author's evolving conduct and judgments, under enormous pressure from all sides, seem to this reviewer to have been essentially right and persuasive - certainly as compared to the stonewalling urged by many.

While the element of self-justification can hardly be absent, the basic viewpoint is, more than in most such memoirs, tragic; Colby stresses the historical (and peculiarly American) context of the actions and misdeeds both of the Agency and of its latter-day critics. The result belongs alongside the Church Committee Report as to the past and present, and in the forefront of serious debate about the future role and structure of intelligence and covert operations in the American democratic system. One can argue with many of the author's conclusions, notably his continued bias toward covert operations; and his treatment of the central analysis function of intelligence is, by the same token, skimpy. But this is a big and important book. It deserves to be read whole, and carefully.