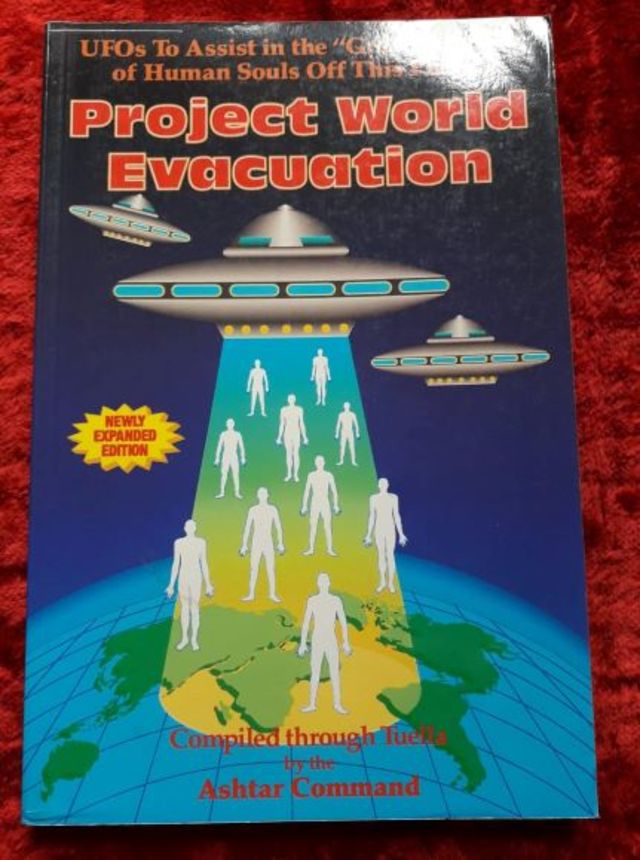 Compiled through Tuella by Ashatr Commander

THIS IS THE ONLY OFFICIAL EDITION OF THIS BOOK BY THE ASHTAR COMMAND -- AS TRANSFERED TO THE PUBLISHER BY TUELLA SHORTLY BEFORE HER PASSING. . .

The primary channel for the Ashtar Command, Tuella's calling as a Messenger of Light began in the early seventies with her channeling worked commissioned personally on behalf of the Intergalactic Space Confederation.

Says the channel: "Just as many are called and few are chosen, likewise many who read this book will neither understand nor receive the information. But those special souls for whom it is intended will rejoice in its guidance and accept its timely and imperative revelations.

"This information is not not entertainment. It is comparable to sealed orders given to dedicated volunteers on a strategic mission. It is dispersed to them, compiled for them and will be charished by them. It is neither defended nor justified. It is data recorded as given and passed to those for whom it is intended."

Here is details of the three evacuations:

Understanding the three phrases of the Evacuation schedule.

Summary of what to expect.

The planned departure of the children.

What does the"Boarding Pass" consist of?

Where will the rescued be taken?

The cause and effects of planetary acceleration.

Three months the earth will stand still...AND MUCH MORE!

Those who look forward to a Golden Age of peace and harmony will find much to benefit them in this great book by a world teacher.