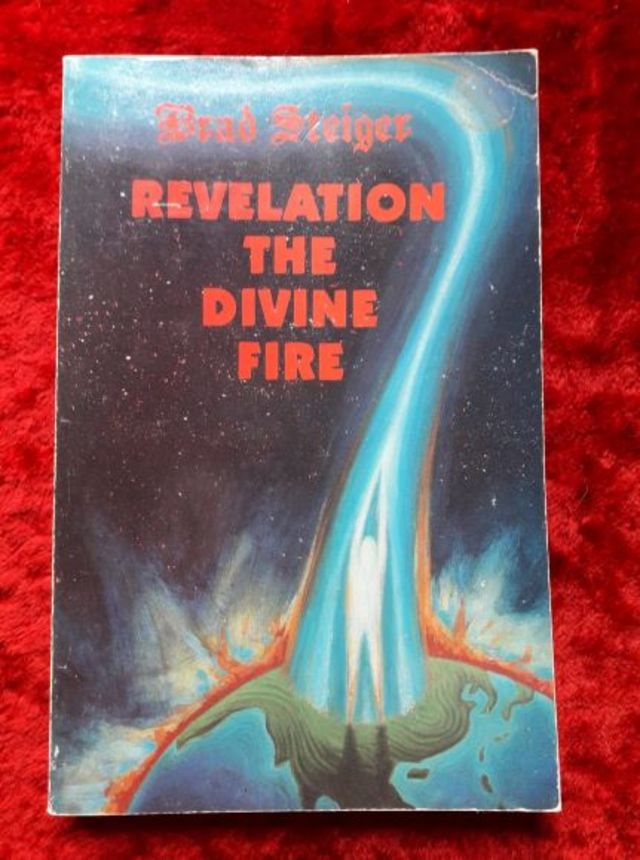 Revelation: The Divine Fire A Biblical prediction says that "In the latter days, your sons and daughters shall prophesy." Brad Steiger has communicated with literally hundreds of individuals who claim to have received messages directly from God -- or from spacemen, angels, spirit guides, or other superhuman entities. It would be easy to dismiss these latter-day prophets as deluded, but amazingly, their revelations all have an internal consistency, a common theme: a time of judgment is at hand, and humankind must change its ways to avert disaster. Moreover, contemporary housewives, business executives, and "Jesus people" are experiencing the same symptoms of revelation- - a blinding light, a voice out of nowhere, an impulse to take on a new name and a new life. On the track of the elusive source of these messages, Steiger examines the spread of glossolalia and faith-healing; the folklore of elves and leprechauns; the awesome cases where a revelator's body is briefly occupied by an outside personality; the mysterious "Elijah" tradition of the Bible that suggests that the great prophets (perhaps even Jesus) were possessed by a single entity; and the latest laboratory research into consciousness expansion. Revelation: The Divine Fire presents actual warnings, predictions, and messages from a wide spectrum of contemporary revelators. In addition, there are interviews and evaluations from a number of clergymen, scientists, and psychics who have met the Divine Fire. "Steiger's 'divine fire' is something. . . which, from the: beginning of recorded history down to the present, has communicated a revelation to man. [Steiger] is properly objective in his evaluation of the significance of such phenomena, setting forth the opinions of various scientific - or at least thoughtful - observers on the subject and, where necessary, synthesizing such opinions." Kirkus Reviews "In the tradition of William James' Varieties of Religious Experiences we have an important collection of valuable data that should be read and considered by any one interested in the pursuit of man, his meaning, and destiny. For me this book was an exciting adventure." Paul Severson, Fate magazine "Steiger enormously expands the definition of revelation. . . . What emerges is an engrossing compilation of esoteric events reported by those experiencing them." Library Journal "Brad Steiger has written a shelf-full of books on psychic phenomena. Many people throughout the country first developed an interest in extrasensory perception through the work of this prolific author." Martin Ebon, OCCULT magazine