Secrecy and Democracy - the CIA in transition 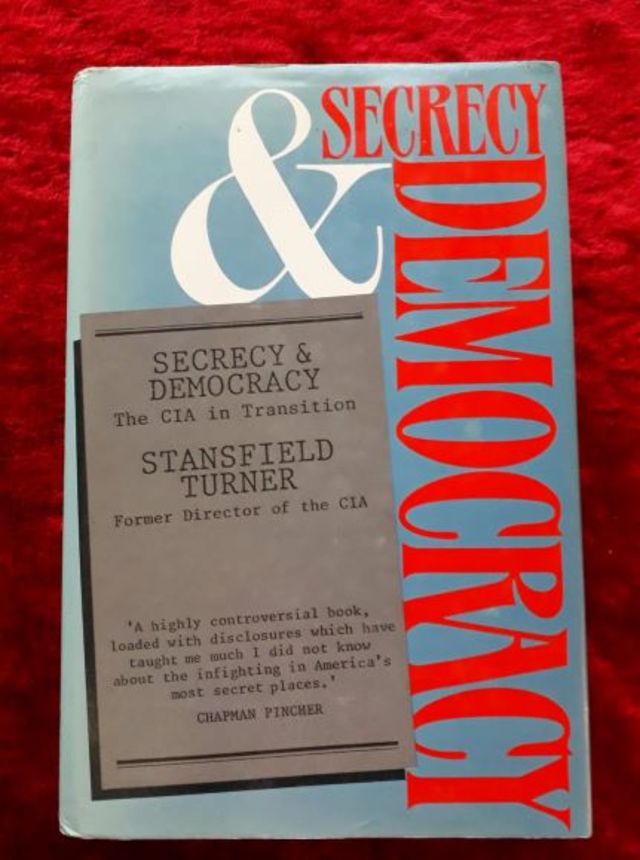 Secrecy and Democracy – the CIA in transition

By Admiral Stansfield Turner – former director of the CIA

The problems of conducting secret intelligence activity in our open, democratic society are formidable. Secrets seem almost impossible to keep, yet are essential to successful intelligence operations. However, too much secrecy can lead to very little accountability. That in turn can tempt intelligence professionals to excesses. In the USA in 1975 an example of such abuses came to light: it was revealed that the CIA had used ethically dubious methods of testing, hallucinogenic drugs that they feared might be used to extract information from intelligence officers. The public was so outraged that the CIA almost stopped taking risks. America had neither secrets nor aggressive intelligence.

It was against this backdrop of scandal that, in 1977, Stansfield Turner was recruited by President Carter to be Director of Central Intelligence. As a former President of the US Naval War College. This assignment was hardly one Admiral Turner expected, but it was a challenging position to which he brought his extensive military experience, as well as the fresh view of an outsider. It proved to be one of the most exciting times in the history of the Agency.

The author’s immediate task was to encourage the CIA to return to the risky business of collecting secret information while continuing to protect the rights of Americans living in a democratic republic – an assignment that was very nearly a contradiction in terms. The subsequent evolution of a system of oversight that provided checks and balances on secret activities without suppressing them shaped an entirely new model of American intelligence.

At the same time, the intelligence agencies were undergoing a further transformation as a result of the technological innovations that were revolutionizing the gathering of data. Some people believed, erroneously, that traditional human, or spy, systems were on their way out, but Admiral Turner explains how we can ensure that our intelligence takes full advantage of both the old and new.

In Secrecy & Democracy the author exposes the dark side of espionage, the complexities of counter-intelligence, the ethics of covert action, the effectiveness of men versus machines, the influence of the media – and explains why he believes America still has the most effective intelligence agencies in the world. With suggestions for further improvements under the conflicting demands of secrecy. Admiral Turner presses the reader to address the issue we all must consider; how can we carry out effective intelligence work and still remain true to our democratic principals?