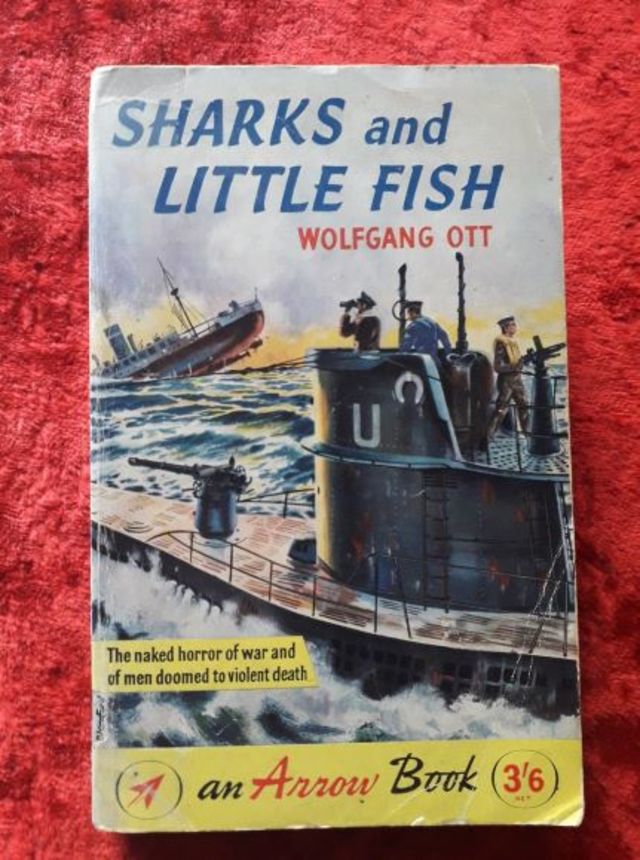 This raw, brawling novel, first published in 1957, is a fiercely realistic account of naval combat during World War II, in particular the hell that was Nazi submarine warfare. "A German counterpart to The Caine Mutiny" (Frederic Morton), SHARKS AND LITTLE FISH is based on the author's own experiences as a young submariner at 17 thrown into the unspeakable horror and creulty of modern war on the sea. Disillusioned, cynical to the core, he has nothing to hold on to, nothing to give but loyalty to his friends and comrades, in the chaos that surrounds him.

Rarely has the printed word conveyed so immediately and strongly the terrible tension of men dealing and waiting for the most appalling forms of death; there is the atmosphere inside the steel coffin of a submarine trapped by radar and chased by depth charges, reducing strong men to whimpering lumps of insanity; the screaming nightmare of physically and mentally tortured people; the desire of the wounded helplessly exposed on rafts in a merciless sea.

There are crude relaxations of shore leave, the only comfort of a generation that despises its elders and reacts ferociously to their hypocritical patriotism. In Teichmann (Ott) and his comrades, a generation becomes articulate that has faith in nothing, that has only known senseless sacrifice to an insane leaser. Ott pitilessly exposes what it was like to fight and die without belief in a cause.

"It is as uncompromising, vivid, and unfalsified an account of war-time naval life as has appeared." (Times Literary Supplement)