The Death Merchant - the rise and fall of Edwin P Wilson 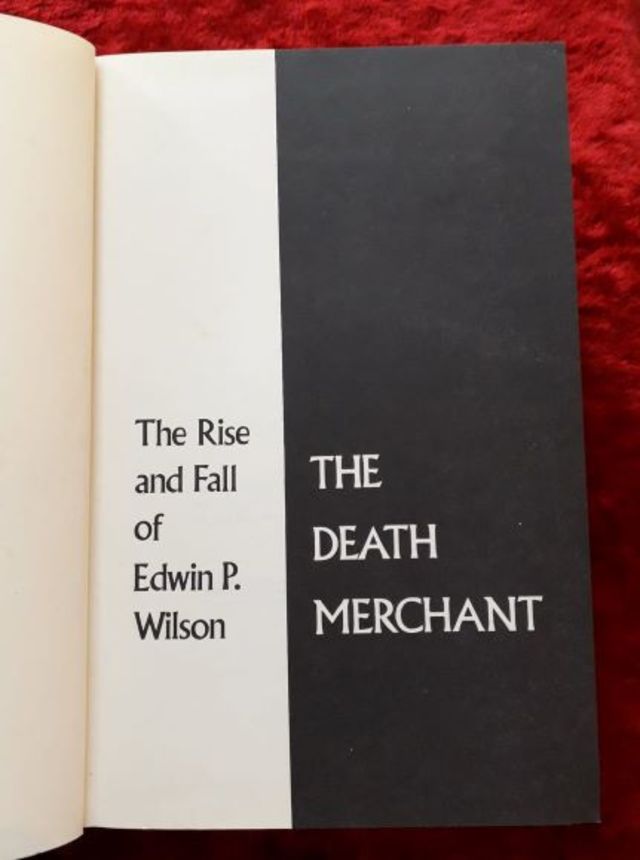 He claimed to own 100 corporations in the United States and Europe, many of them real and many of them shells. He had an apartment in Geneva; a hunting lodge in England; a seaside villa in Tripoli, Libya; a town house in Washington; and real estate in North Carolina, Lebanon and Mexico. He entertained congressmen, generals and Central Intelligence Agency bigwigs at his 2,338-acre estate in Northern Virginia.

He showered minks on his mistress, whom he called “Wonder Woman.” He owned three private planes and bragged that he knew flight attendants on the Concorde by name.

His preferred habitat was a hall of mirrors. His business empire existed as a cover for espionage, but it also made him a lot of money. He had the advantage of being able to call the Internal Revenue Service and use national security jargon to get the details on a potential customer. And if the I.R.S. questioned his own tax filings, he terminated the discussion by saying he was a C.I.A. operative on a covert mission.

“Being in the C.I.A. was like putting on a magic coat that forever made him invisible and invincible,” Peter Maas wrote in “Manhunt,” his 1986 book about Mr. Wilson.

For Mr. Wilson, who died on Sept. 10 in Seattle at 84, the adventure collapsed with his arrest in 1982 on charges of selling Libya 20 tons of powerful explosives.