The Great Game - memoirs of the spy Hitler couldn't silence 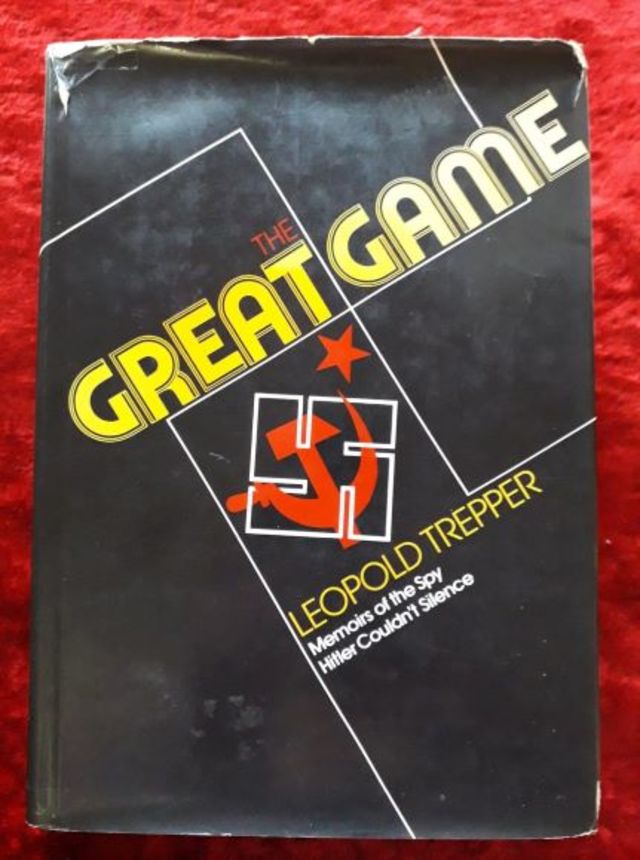 Of all the tales of courage and dignity to emerge from the Nazi occupation of Europe. Leopold Trepper’s may be the most amazing. His is the story of a man who pitted himself against the monoliths of Nazism and Stalinism and survived with integrity and compassion intact.

A Jew by birth and a Communist by committent, Trepper was the founder and leader of the legendary Soviet Intelligence network (dubbed ‘the Red Orchestra’ by the Gestapo) in underground Europe during World War II.

Born in Poland, Trepper fought first in Palestine and then France for the ideals of socialist revolution. Soon after, her was trained in Moscow university of the Communist International and while he rejected Stalin and his purges, Trepper’s hatred of Nazism led him to work with Soviet Intelligence against the Germans. As he writes; ‘Between the hammer of Hitler and the anvil of Stalin, the path was a narrow one for those of us who still believed in the revolution’.

Assigned to Brussels before the war, Trepper established his ‘cover’ and began to supply information through a network of spies and radio operators (called ‘pianists’). As the Wehrmacht rolled across Europe, Trepper and his comrades moved to Paris, Marseilles and Berlin. They soon conducted some of the boldest clandestine episodes of the war – even in the German staff’s very own offices. Then came betrayal from within his own ranks, the hunting, the brutal incarceration and torture of many members of the red Orchestra Trepper himself was captured and held by the Gestapo yet he managed to outwit his captors and have the now-Nazi-infiltrated network continue to supply valuable information to the Russians. Ultimately he escaped and fought with the Resistance until the liberation of Paris, despite the wounding news, time and again, of the sufferings, self-sacrifices, and tragic deaths of comrades and loved ones in German prisons and extermination camps.

With the defeat of Hitler, Trepper began a new ordeal. Rather than receiving the customary hero’s welcome in Moscow and a happy reunion, Trepper was led into ten years of imprisonment, five of which were in solitary, in the deadly Lubyanka Prison. Upon Stalin’s death, he was suddenly freed.

Here for the first time the master spy himself tells his chilling story – of bravery, self-sacrifice, cowardice, ingenuity, tyranny, cynicism, and loyalty – with all the unbearable suspense of the very best espionage thriller