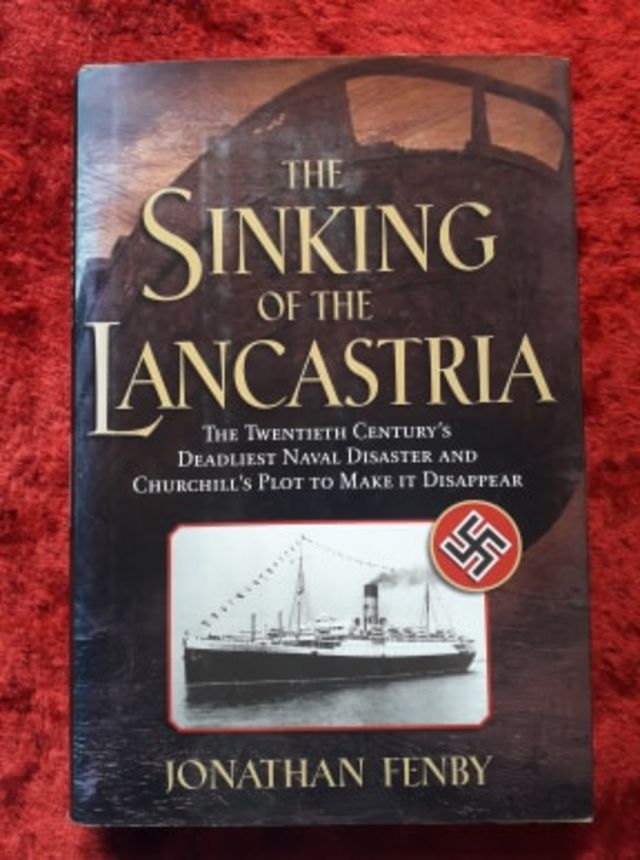 Hardcover with dustwrapper, stamped inside cover

On June 17, 1940, just after the Dunkirk evacuation had supposedly ended in success, several thousand of the many British troops still left in France boarded a five-decked cruise liner called the Lancastria. Right after they boarded, the ship was dive-bombed by the German Luftwaffe, and a short time later the 17,000-ton Lancastria sank. German fighter planes strafed the oil slick sea, setting it ablaze as British troops banded together singing "Roll Out the Barrel" in the hopes of mustering any hope that still remained. In the end, with 4,000 soldiers, women, and children dead--with some estimates as high as 6,000--the disaster would eclipse that of both the Lusitania and the Titanic. Although the story was picked up in the United States a few weeks later, it was reported only once by any British news outlet, and as the war progressed the tragedy eventually vanished. Author Jonathan Fenby argues that this was the result of a ruthless but necessary kibosh put in place by Winston Churchill in order to preserve British morale. Through firsthand interviews with survivors, some of whom had never spoken about it to anyone until being interviewed for this book, Fenby reconstructs the entire tragic saga