The Triads - the chinese criminal fraternity 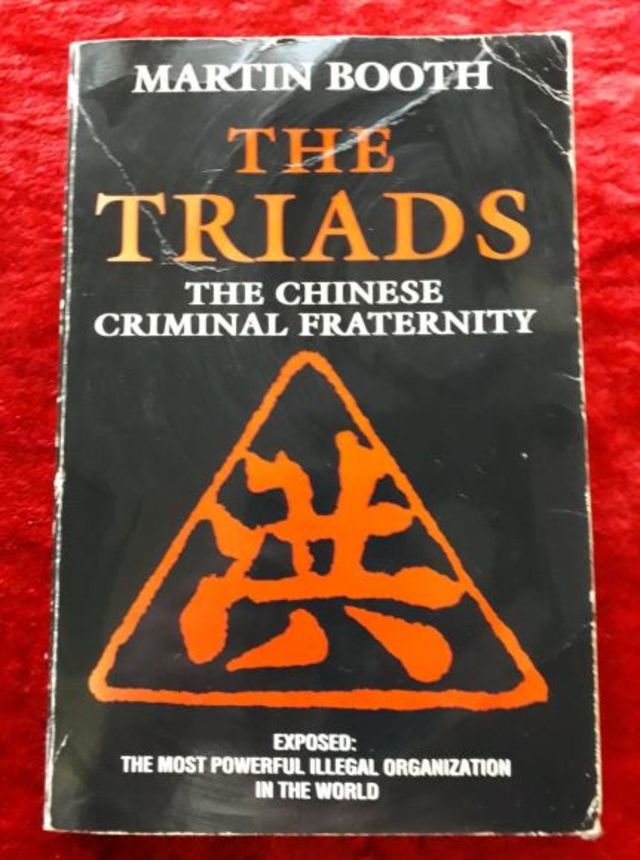 Extortion, gambling, fraud, corruption, drugs and prostitution are all recounted as the criminal activities of the Triads – a vast, mobile and ultra-violent network of organizations that now pose the greatest threat ever to law enforcement the world over.

Wherever there is a Chinese community, Triad activities flourish, Triad criminals enjoy a lucrative parasitical living by squeezing its members for money. They demand loyalty from their members – those who betray or oppose them are ‘chopped’

Martin Booth, with unrivalled access to classified material, has written a shattering expose of this formidable fraternity, explaining their myths, their rituals & origins. Telling how the Triads have transformed themselves from noble patriots into ruthless gangsters and setting the growth of the Triads into its historical context.

Now, with the imminent handover of Hong Kong to the Republic of China in 1997, the Triads are on the move in a mass exodus into America, Australia, Canada, the Netherlands, West Germany and the UK. In this book the author investigates the Triads, their movements and activities, warning that unless a concerted effort is made against them now, they may rise above the law altogether

Above all, the author reveals the scale of the Triad threat, in particular the ever-tightening grip on the trade in heroin, and makes a plea for a co-ordinated international response to the rapidly growing menace of this criminal fraternity. From the author of "Hiroshima Joe", "The Jade Pavilion" and "Carpet Sahib: A Life of Jim Corbett".