The Woman from Mossad - the torment of Mordechai Vanunu 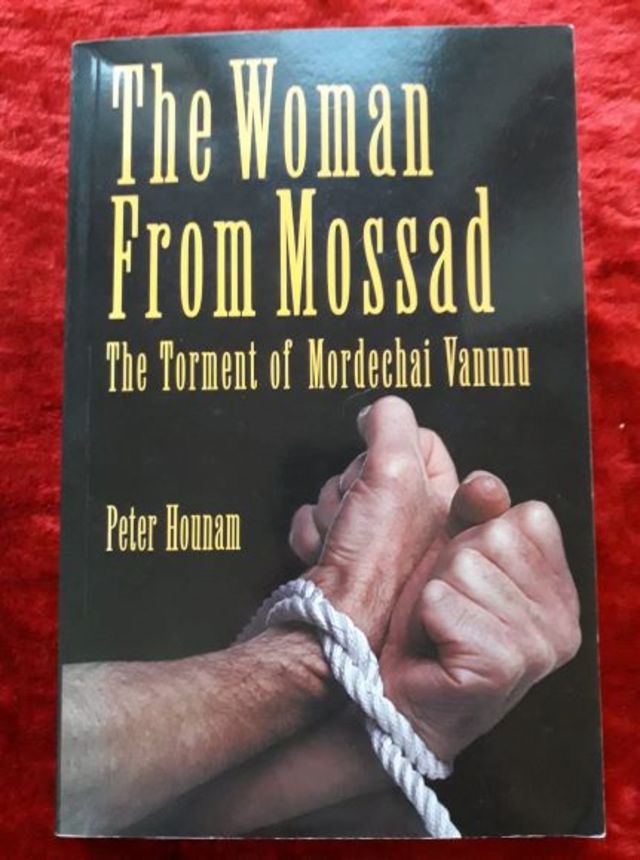 After three years' military service, Mordechai Vanunu answered an ad for a control room job at the nuclear research center near Dimona.

In 1976 he was assigned to Mochon 2, where he discovered the Israeli nuclear weapons program that he later divulged to Peter Hounam.

Before his story could be published however, Vanunu met Cindy, a beautiful American woman who lured him to Rome. Caught in a trap, he was attacked by agents from Mossad (the Israeli secret service), drugged, and smuggled to Israel to stand trial for treason and espionage.

Since then, Vanunu has spent more than 12 years in solitary confinement despite an international campaign to free him

In The Woman from Mossad, Hounam details the kidnapping and what happened to Cindy when she was exposed by the author. He also names governments that secretly helped Israel – France, Belgium, South Africa and the US clandestinely providing the technology and nucelar know-how to Israel despite these countries stance on nuclear proliferation