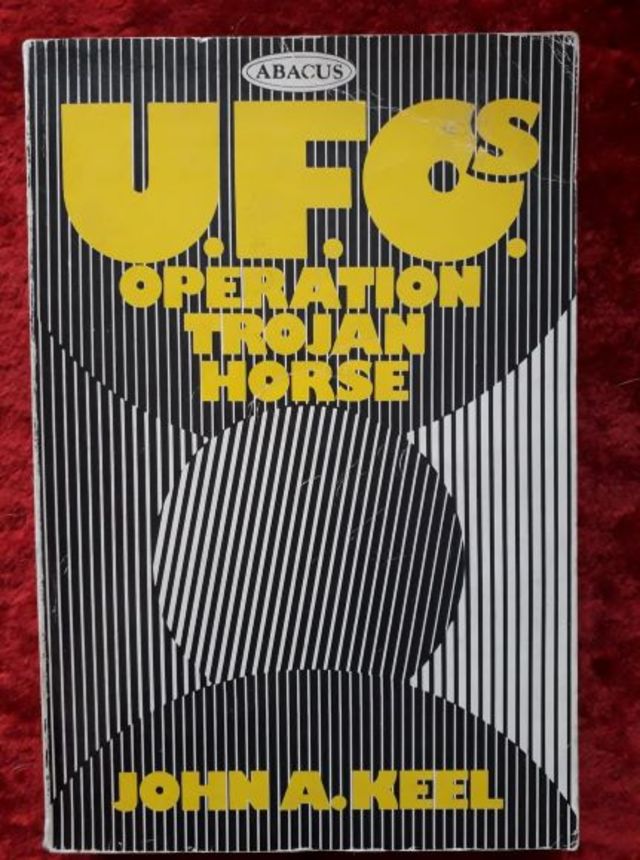 By John A Keel

The real UFO story must encompass all of the many manifestations being observed. It is a story of ghosts and phantoms and strange mental aberrations; of an invisible world that surrounds us and occasionally engulfs us; of prophets and prophecies, and gods and demons. It is a world of illusion and hallucination where the unreal seems very real, and where reality itself is distorted by strange forces which can seemingly manipulate space, time, and physical matter-forces that are almost entirely beyond our powers of comprehension. Sightings of mysterious objects in the sky have been reported all over the world, and date back to the earliest written records in the centuries before Christ.

Yet serious investigation of the UFO phenomenon has always been bedevilled by literally incredible stories of long haired Venusians and three foot high Martians. Keel has collected and analysed an enormous wealth of evidence, argues convincingly that UFO sightings cannot be dismissed as mass hysteria or as rare natural phenomena with a perfectly rational explanation. The question is not so much whether UFOs exist but why these mysterious objects crop up so persistently throughout recorded history and why their existence has never been demonstrated beyond reasonable doubt.

John A. Keel (March 25, 1930 - July 3, 2009) was an American journalist and influential UFOlogist best known as the author of The Mothman Prophecies. In the 1950s, he spent time in Egypt, India, and the Himalayas investigating snake charming cults, the Indian rope trick, and the legendary Yeti, an adventure that culminated in the publication of his first book, Jadoo. In the mid-1960s, he took up investigating UFOs and assorted Forteana and published his first knockout UFO book, UFOs: Operation Trojan Horse