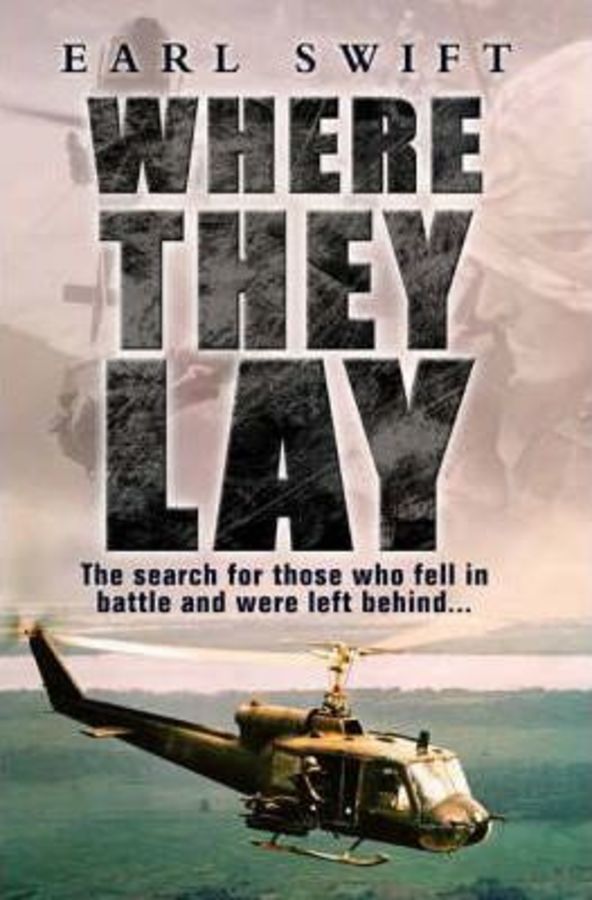 The US government has an unspoken pledge with every man and woman it sends into battle: you may be wounded doing your duty, you may even be killed, but you won't be left behind...

On 20 March 1971, during the largest helicopter battle in history, an American chopper on a suicide rescue mission exploded in the skies over Laos. Its scorched remains fell onto terrain about which the allied forces knew little except that it was hostile – jungle so dense with North Vietnamese that going in search of the dead crewmen was out of the question. And so two highly decorated pilots and a pair of gunners who had each earned the Silver Star for heroism earlier that day, were left where they lay. They are among the 2,583 US servicemen whose bodies remain unrecovered at war’s end.

Now, thirty years later, a team of soldier and scientists is venturing back into that battlefield. Their job is to dig among the thousands of unexploded bombs that littler the landscape, in ground slick from monsoon rains, in jungle infested with leeches, foot ling centipedes and poisonous snakes, to find those four crew and to bring them home. Its mission is one of dozens conducted every year, in Asia, Europe and the scattered islands of the Pacific – to locate and bury America’s war dead, to out a name – on each headstone.

‘Where they Lay’ is the enthralling story of this recovery team and its elusive employer: the U.S. Army's Central Identification Laboratory – the world's largest forensic science lab. Part history, part travelogue, part scientific adventure, it chronicles the sad, often frustrating, years-long effort to find the remains of those heroes, culminating in an expedition into a land that even today is virtually invisible to the world at large. Recounting a previously untold and unknown story, it is destined to become a classic of modern warfare and its aftermath