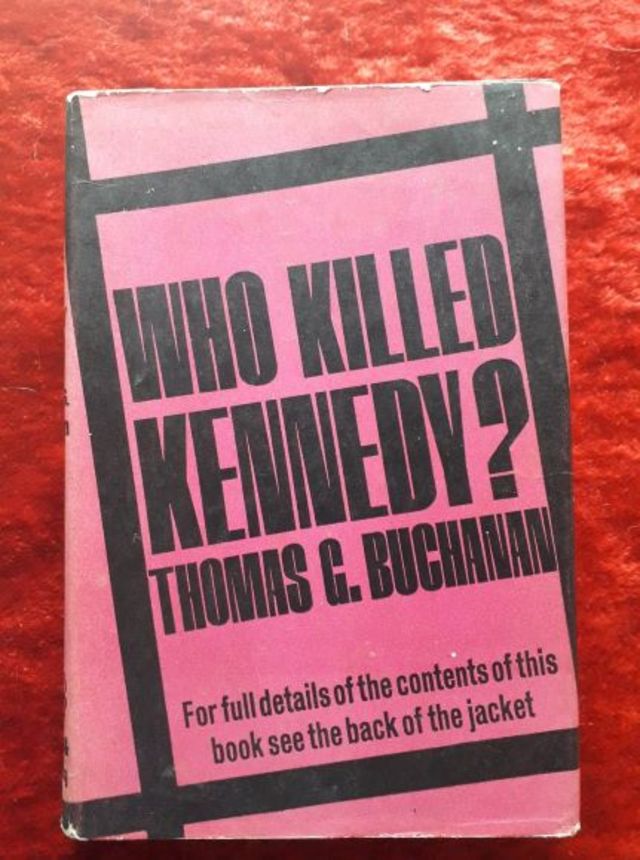 A vital clue to Kennedy’s murder the author claims, is to be found in previous attempts against American Presidents from Lincoln onwards.

Though in each case it was at first though that the assassin was a lone wolf and a near madman, history has proved the contrary. This clue he applies to the assassination of President Kennedy on November 22 in Dallas. His brilliant and detailed analysis would seen utterly to destroy the version apparently accepted by the FBI and Dallas authorities. Lee Oswald did not fire the fatal shot; there was a second assassin; Ruby was not an innocent onlooker; and at least eight persons were actively concerned in the plot. Masterly as this criticism of the official story is, the author’s reconstruction of what really ahppended on that day of doom makes up a drama of such unambiguous horror as to shake the foundations of American society.

But the author dares to go further. In his final pages he points an accusing finger at those he believes to have been the leaders of the conspiracy, men whose overweening insolence led them to assume that they knew what was best for America, and so, like Lincoln's aggressors before them, to arrange for the obliteration of a President they hated.